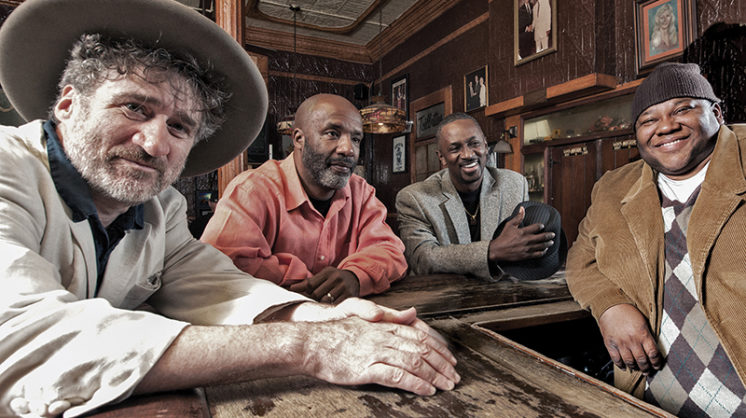 It’s almost that time of year again, and we’re not talking about the sweltering summer temperatures. Jazz in June is back and funkier than ever. It’s the 33rd year for the annual summer music festival, but the best part about it? It’s in Norman (the perfect festival locale) and free to the public.

But wait, there’s more. The real ear candy is headliner Jon Cleary, who recently won a Grammy for his album “GoGo Juice,” enchanting audiences everywhere with his soulful New Orleans-inspired tunes. Cleary and his band, The Absolute Monster Gentlemen, take the stage Thursday night during Blues Under the Stars, following behind Shelly Phelps and the Scarlet Street Players.

“Cleary is perhaps among the single-most talented individuals we’ve ever had on the stage. Among other things, he is a legit piano professor in the New Orleans tradition, and I think he’ll offer a little something for everyone in attendance,” says James Johnson, program chair.

Jazz Under the Stars, Friday night’s lineup, opens with Airmen of Note, the premier jazz ensemble of the United States Air Force. The warbling Airmen are followed by Beto and The Fairlanes, a Latin Jazz dance band that’s sure to put some pep in your step after listening.

The last day of the three-day festival opens with Harumph, who describes their sound as “Americana songwriting complementing jazz made in Oklahoma.” Then Southern powerhouse Roxy Roca takes the stage before the night ends with Kung Fu, a mesmerizing band with an electro-fusion sound and surprising dance moves.

The festival takes place in Brookhaven Village on Thursday and Friday but moves to Andrews Park on Saturday. For a calendar of events, visit jazzinjune.org.