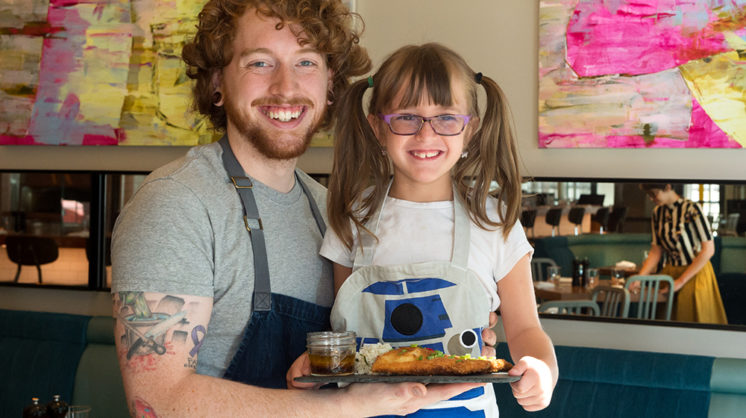 “At The Ravenous Pig, I plated dozens of charcuterie boards every night,” Patton says. “Something about taking a raw piece of pork, letting it sit at room temperature for one to two months, and then suddenly it tastes incredible – it made no sense. I had to figure out how and why it was such a big deal.”

Patton now oversees the cured meat program at Mary Eddy’s, the restaurant in the 21c Museum Hotel in Film Row. He comes at cured meat like an evangelist. A cursory tour of his space can easily lead to a nerdy dive into the intricacies of curing, including why good molds matter, but tasting the finished collections of deliciousness – which come in the toolbox (small) or the garage (massive) – makes clear that his zeal is directed toward the common good. The charcuterie is like nothing else available in Oklahoma.

Patton’s path to being a chef was pretty direct: He learned to love cooking because he grew up in a family that cooked.

“I grew up in Oregon and Orlando,” Patton says. “The family didn’t eat complicated food. Friday night was pizza night. My mom made a pasta and sausage dish that was my favorite. My dad was in charge of grilling the sausages, and they always came out crispy, so I love the crispy char on meats to this day.”

Patton is now the chef de cusine at Mary Eddy’s, and his wife Bre also works at the hotel. The couple is expecting their second child this fall, so they bought a house. Patton said that means his leisure time is now eaten up by painting and getting the new home ready. For his recipe, Patton chose something that seems super adventurous to his 6-year-old daughter Eliza.

“My daughter is willing to try anything, but she’s also very picky. My wife and I love Japanese food, and Eliza likes this crispy chicken dish, so everyone is happy. Eliza eats hers with ketchup, but I whip up a different sauce for the adults.” 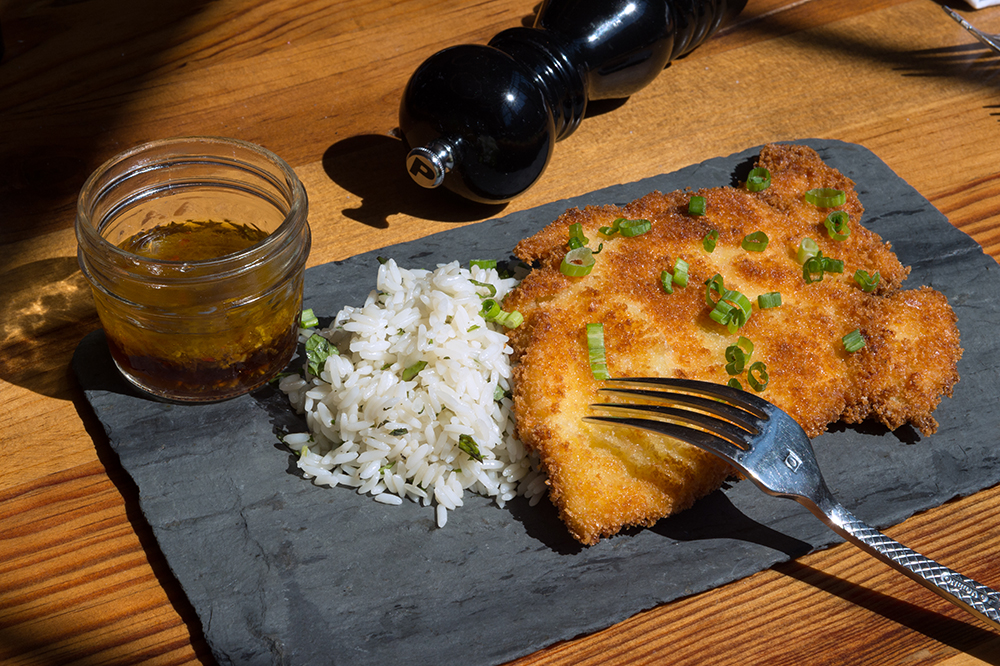 Place saran wrap or parchment on a cutting board and place all four breasts on top. Season lightly all sides with salt and pepper. Cover with another layer of wrap or paper and pound flat.

Whip eggs in a bowl and set aside. Lightly dust chicken with flour and dip into whipped eggs. Shake off excess egg and then move to another bowl filled with Panko. Coat thoroughly. Pro tip: Smash it on hard for a better crust.

Finally, fry your breaded chicken in a high-sided frying pan on medium high heat. Use about an inch of oil. Turn over when you see the edges turn golden brown. Once chicken is golden brown all around, transfer to a plate, season with salt and pepper.