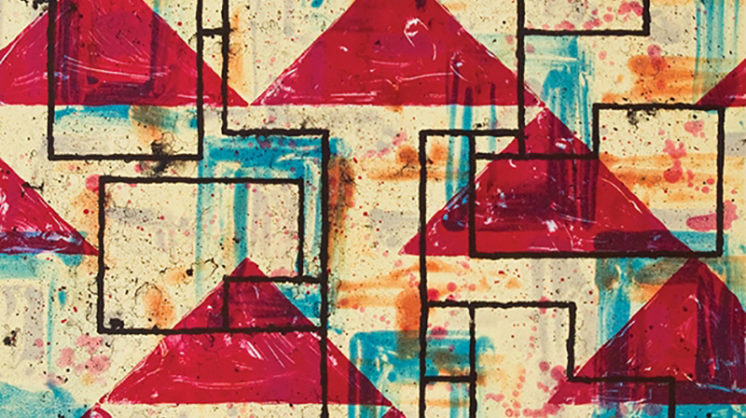 The museum’s newest exhibit “Enter the Matrix” isn’t about kung fu or mankind’s war against machines, but opening channels for increased intercultural communication. Artists from indigenous peoples that are no longer the majority voice of their homelands have in recent years been finding a medium for self-expression in printmaking — this collection of kings from among those prints investigates how ink on paper has helped revitalize Native American, South African and Maori cultural creativity.

In a word, this evening will be scintillating. The 5th annual IEEW JEWEL Fashion Show presents dazzling looks from R Meyers, Spencer Stone Co and Worth New York with makeovers from Eden Salon & Spa at a runway gala augmented by creators from Rwanda and Afghanistan, participants in the globe-encircling Peace Through Business economic education program that the event supports.

Considering the extent of her early TV and movie career (“Reality Bites,” “The Cable Guy,” “The Ben Stiller Show,” members of Gen X probably don’t need to be told this … but just in case: Janeane Garofalo is pretty emphatically funny. We in the metro are being presented the opportunity to enjoy her dry, cutting sarcasm by OKC Comedy — better hustle for tickets.

That’s Why They Call It the Big Screen

Actually, the Chesapeake Finish Line Tower isn’t technically a screen at all, but “big” is certainly apropos. The Boathouse Summer Movie Series, sponsored by FAA Credit Union, invites families to get cozy and watch the show (“Maleficent” and “Annie” this month) for free — and try out the robotic convenience store Shop 24 for snacks while you’re there.

Happy birthday, U.S.A.! The OKC Philharmonic is happy to take a break from its summer vacation to salute the Stars and Stripes with an outpouring of patriotic music called Red, White and BOOM! It’s free for all, and while the performance is fairly explosive, the last part of the name refers to the massive concert-ending fireworks display. These candles don’t blow out; they blow up.

A Safari to Savor

The old aphorism goes that too many cooks spoil the broth; this exquisitely delicious event will demonstrate that 10 is just about perfect. Chefs from Boulevard Steakhouse, the Skirvin, OSU, the Ambassador Hotel and Devon, all coordinated by Christopher Pope, each partner with high school student cooks for a five-course wonder called Odyssey de Culinaire, benefiting the Oklahoma Restaurant Association’s hospitality training programs.

Yo-Ho-Ho and a Strong Sense of Responsibility

Sure, plundering and swashbuckling is fun, but less so when you’re bound to a life of piracy by a promise even though you’d vastly rather be in love on land. It’s a rootin’, tootin’, tuneful show filled with ditties about duty as Cimarron Opera’s adult company puts Gilbert and Sullivan’s “The Pirates of Penzance” on promenade for a packed house.

Music to Soothe a Savage Week

Arts Council OKC’s Twilight Concert Series is just a great idea: at the end of a long week and on the cusp of a new one, isn’t a chance to sit back under the summer sky and enjoy a free performance ideal? Catch the Elizabeth Speegle Band July 5, Tap Band July 12, Air Line Road July 19 and Beau Jennings July 26.

We’re entering the warmer part of the year now, which is when the Norman Depot’s Summer Breeze Concert Series really heats up. This month boasts a double shot of duos — Oklahoma practitioners of Americana sound North Meets South July 12, and soulful R&B-flavored serenaders Adam & Kizzie July 26. Enjoy as they make beautiful music together.

Bricktown gallery Exhibit C is operated by the Chickasaw Nation, and is an accessible way to showcase highlights of tribal culture and inspiration, which is why it’s a perfect choice to host this collection of Cale Chadwick’s creativity; slightly surreal mixed media pieces that still echo with inspiration from nature and elements of her family’s original Chickasaw allotment.