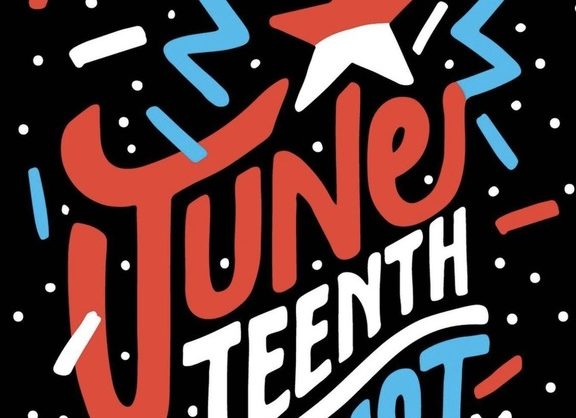 This Saturday, June 19, from 3 p.m. to 9 p.m., Oklahoma rapper Jabee and a team of community leaders from NEOKC will be hosting a Juneteenth on the East celebration on NE 23rd St., complete with live music, dance performances, food trucks, spoken word, interactive murals, education tents and local vendors. This Juneteenth will be a celebration of Black liberation that exemplifies the Black community’s leadership in cultural revolutions and its powerful determination to gather, dance, sing and live in abundant joy.

A New York Times explainer helps with understanding the significance of this (now federal) holiday:

“On June 19, 1865, about two months after the Confederate general Robert E. Lee surrendered at Appomattox, [Virginia], Gordon Granger, a Union general, arrived in Galveston, Texas, to inform enslaved African-Americans of their freedom and that the Civil War had ended. General Granger’s announcement put into effect the Emancipation Proclamation, which had been issued more than two and a half years earlier on Jan. 1, 1863, by President Abraham Lincoln.”

Jabee’s goal is to make Juneteenth as big as the Fourth of July, and with all the activities and performances planned for the celebration, it looks like he’s succeeded. Juneteenth on the East will be the celebration that he always dreamed of when he was a kid.

Headlining this year’s Juneteenth celebration is Atlanta-based rapper Sa-Roc, an emcee with a fiery energy and conscientious lyrics whose album “The Sharecropper’s Daughter” is a reflection on the generational inheritance of trauma and triumph. Also performing will be Los Angeles political activist, poet and emcee Propaganda. Not only are these performers excellent artists, they’re advocates for justice and equality.

“I was talking with my committee like, ‘You know, we need to headline a Black woman this year,’” Jabee said. He knows Sa-Roc through Rhymesayers, a record label they’ve both worked with, and he wanted to shine a light on Black women this year.

“I think the future is female; you know what I mean?” he said. “Sa-Roc’s music is so appropriate, so on-point. I think the way she talks about a lot of the issues is positive, and she provides a different perspective. People don’t wanna just see Jabee; they want a different viewpoint.”

Jabee also plans to perform songs off his own album, “This World Is So Fragile and Cruel I’m Glad I Got You.”

The With Love project, a nonprofit organization that Jabee also helped establish, is also involved in organizing this year’s Juneteenth celebration. With Love is a collaboration between Jabee and the Oklahoma Mural Syndicate that aims to increase public art on the east side of Oklahoma City.

“There’s a lot of awesome public art all over the city, but there’s always been a lack of it on the east side and a lack of Black artists, artists of color,” Jabee said about founding With Love. He grew up on the east side of Oklahoma City, and although his career has taken him to places all over the country, he has always wanted to give back to his community. “I see art and festivals in other parts of the city, and I wanted to share all of this with the east side. I wanna do this in my hood and do it just as good.”

“It’s important that we educate people on our history, and Juneteenth is a part of that.”

Juneteenth on the East will be happening on June 19 from 3 p.m. to 9 p.m. on 23rd Ave. in Oklahoma City, between N. Kelham Ave. and N. Hood Ave. Sa-Roc will be headlining, and there will be performances by Propaganda and Jabee, among other artists and performers. Conscious Lee will be the event’s host, and muralist Skip Lee will be painting a mural live at the event. The day after, June 20, there will be a cookout in Scissortail Park. Food will be ready by 6 p.m. and Black Panther will be screened at 9 p.m.