King of Beasts: Matisse in His Time - 405 Magazine 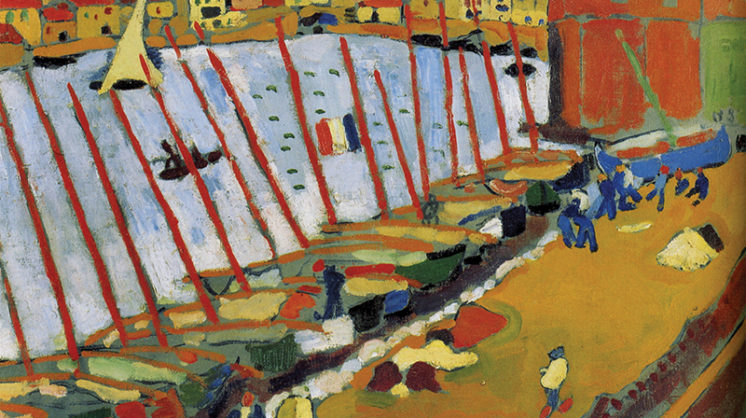 Back in 1905, at the Salon d’Automne art exhibition in Paris, a critic named Louis Vauxcelles expressed his distaste for the potent, borderline garish color and simplified line of the paintings on display by saying they seemed to have been painted by wild beasts. More than a century later, he’s not exactly a household name, but his scornful appellation remains a byword in art history in the term Fauvism.

The primary leader of that movement, and a massively influential figure in the world of painting over the last 100 years, receives the spotlight in an in-depth retrospective: June 18-September 18, the OKC Museum of Art is the sole North American venue for “Matisse in His Time: Masterworks of Modernism from the Centre Pompidou, Paris.”

Much as his career encompassed more variety than simply Fauvism, this exhibition is centered around Matisse – including nearly fifty of his paintings, sculptures, drawings, and prints – but also examines the context of his oeuvre and influence by adding in dozens of major works by an all-star assembly of 20th century artists: Renoir, Derain, Braque, Miro, Modigliani and more, including Matisse’s longtime friendly rival, Picasso.

Tours, workshops and a full schedule of ancillary events are on tap to accompany Matisse in His Time, and you won’t be able to experience it anywhere else on the continent, so visit okcmoa.com for details and plan to witness some true masterpieces.