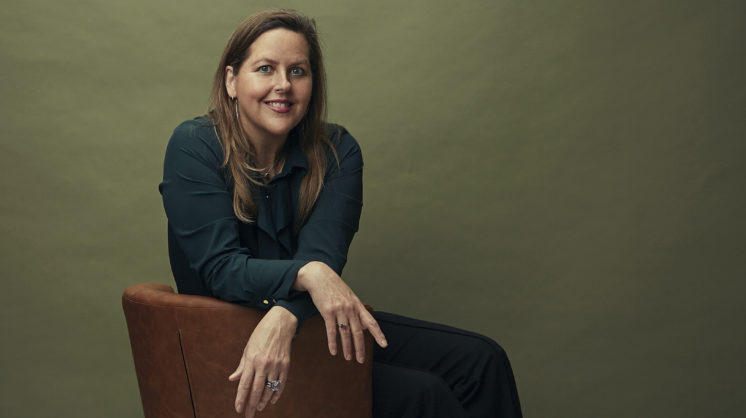 When she looks at family photos going back a century, Louisa McCune sees one commonality in those ancient black-and-white portraits: animals. They were ever-present throughout the Kirkpatrick Foundation executive director’s family history, with all kinds of dogs, cats, horses and cows photo-bombing McCune’s ancestors.

That tradition of animal husbandry eventually passed to her grandmother, Louise Rucks, who wrote a column titled “Hound Hill” in The Oklahoman for 36 years.

“She was kind of like an Erma Bombeck, you know, dispensing animal advice,” says McCune. “She was the National Dog Writer of the Year twice in the 1950s, and she was the president emeritus of the Dog Writers Association of America, which still exists.”

The Enid native followed her grandmother into journalism, writing for several New York-based magazines in the 1990s before returning to Oklahoma to become editor of Oklahoma Today in 1997. And when she made a career change and began her work with the Kirkpatrick Foundation in 2011, McCune said she was energized by the foundation’s commitment to animal wellbeing and wanted to expand that further.

While McCune loves dogs, cats and other traditionally domestic animals, she also extends her care to less cuddly animals, such as pigs, cows and chickens that are increasingly at the center of factory farming. In 2016, she worked to educate voters on State Question 777, the so-called Right to Farm bill that would have deregulated factory farms and provided a shield for environment-based lawsuits. In addition, she strives to end the practice of cockfighting, which continues despite its being illegal in the state, and worked to have a new animal shelter become part of the current Metropolitan Area Projects (MAPS) 4 plan.

Every three years, McCune hosts The Animal Conference, a two-day event that serves as a State of the State conference on animal wellbeing. This year’s event will be held Aug. 27-28 at Oklahoma Contemporary, 11 NW 11th St. McCune is finalizing a list of speakers – in past years the conference has heard from a wide range of experts on everything from marine biology to the intelligence of dogs. 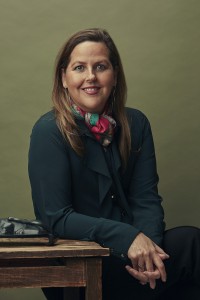 One of the key attractions this year will be an appearance by the Lutheran Church Charities’ K9 Comfort Dogs, a fleet of golden retrievers who are specifically trained to be gentle and therapeutic for people experiencing trauma.

“They are deployed anytime there’s a major tragedy, like Sandy Hook Elementary School after the mass shooting, and they’ll go to hurricane sites and tornado sites and they’ll go wherever they’re asked and they stay as long as they need to,” McCune says. “They’re like rock stars, you know? Every single news channel in America has covered these dogs. I mean, there are these people in absolute trauma, they’re in the immediate aftermath of trauma, and these dogs come and provide this comfort. It’s an incredible program. I can hardly talk about it without crying.”

As part of the conference, McCune delivers a “State of the Animals” speech that discusses how animals are faring in Oklahoma, from horses and cows to lab animals. She hopes that, a few conferences from now, she can reach a long-standing goal for the state.

“Our big, hairy, audacious goal is to make Oklahoma the safest and most humane place to be for an animal by the year 2032,” she says.