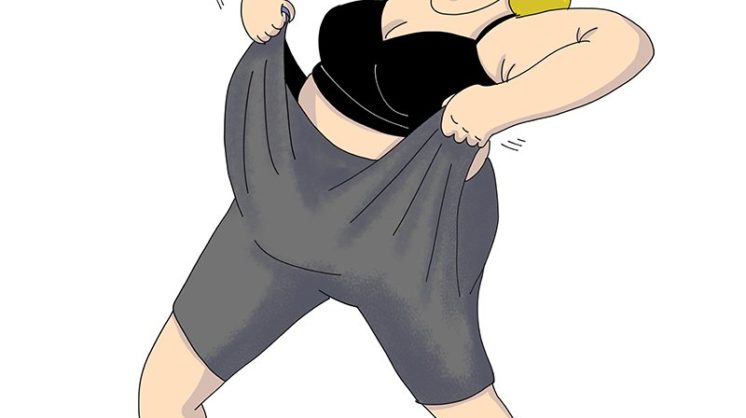 A year ago, my daughter and her boyfriend announced their engagement. Within minutes of the expected celebratory cheering, my family devolved into a mob of reality TV celebrity imposters, shouting the kind of rapid-fire list of demands that one might impose on a hostage negotiator:

1. No one will be marrying anyone until Mom loses 30 pounds because wedding photos last forever.

2. Timing of the marriage must correspond to months in which long sleeves are expected.

3. If necessary (due to a breach of condition #1), the chosen season for the wedding must be conducive to wearing double-Spanx® in a pinch.

4. The outdoor temperature must allow male siblings to remove their jackets in public without risking a reveal of underarm “pancakes.”

Pre-wedding excitement has obviously impaired my daughter’s ability to consider our clearly outlined demands because she chose May 26 as her wedding date. By all accounts, late May is thigh-chafingly warm and teeters dangerously close to the cusp of sleeveless and Spanx®-free weather. And who are we kidding – we’ll all have pancakes that close to June.

The big day is now a mere two months away. I’ve lost 2.5 (note the decimal – not 25) of the required 30 pounds to be a svelte mother-of-the-bride. The wedding noose has begun tightening at the same pace as my jeans.

Consequently, I’ve become more obsessed with the idea of weight loss than with the practice of it. (Baby steps, people.) If a friend tells me she’s been down with an aggressive stomach flu, my questions of concern take a certain direction with an almost Pavlovian predictability: “So … what are we talkin’? Five pounds, maybe? Where do you think you got that virus? Would you mind breathing on me for a few more minutes? Are you going to finish that biscuit?”

This deep into the fourth quarter, there’s no more time for a sensible, eat-less-exercise-more approach to losing weight. I’ve now begun taking a mental inventory of dieting’s Greatest Hits – those I’ve either tried for 45 minutes or heard about – and weighing (ha ha) the pros and cons of each:

Tapeworms: proven effective, but too hard to monitor and too hard to know when they’re really gone. Gross-out quotient: high.

Fat-blocker pills: too volatile. Two friends who went this direction recounted the unfortunate penalty for not knowing where to find the closest restroom that very second. They also warned against wearing white.

Surgery: sounds intriguing but could involve pain and my threshold is low. Still, modern medicine being what it is, I’d be willing to listen until the end of the surgeon’s nip-and-tuck pitch.

High-intensity exercise: extremely effective, a distinct advantage. But high-intensity anything usually involves pain, sweat and probably a sprain of some sort, so … no, no and no.

Human Growth Hormone shots: worrisome. I’m not interested in “growing” anything. Plus, hormones are a slippery slope on a good day.

The time-honored stomach virus: weight loss potential is high, but you can’t plan for it or around it. Disadvantage: short shelf life.

A no-carb plan: good potential because it excludes every food in my diet.

The lemonade diet: you probably go into it loving lemonade. After 8-10 glasses of lemonade a day, I’ll bet no one comes out of it that way.

The Mirror, Mirror plan: poses a strong theory that staring at your fat self in the mirror while you eat makes you lose your appetite. This may be true, but I’ll have to walk away from the mirror sooner or later, probably on my way back to the fridge.

I haven’t ruled out the possibility of sweating off 10 pounds in my double-Spanx in late May. Barring that, however, I’ve almost accepted that my diet will begin after the wedding, at about the same time I’ll be brushing up on my Photoshop skills.