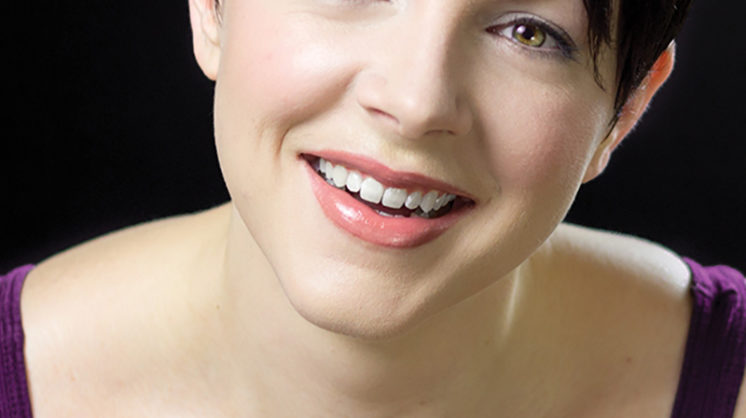 Back In The ’60s, Everyone’s Favorite Nanny Had Children Enjoying Spoonfuls Of Sugar And Dancing On Rooftops.

Today she might be arrested for child endangerment, but Mary Poppins is back – flying in to delight audiences as part of Lyric Theatre’s summer lineup.  Running July 7-11, the cast of the classic tale is led by University of Central Oklahoma graduate Lindsie VanWinkle as the “practically perfect” nanny.

“I hadn’t watched the movie in years,” VanWinkle said. “But when I got the offer I rented it. I have been obsessed with the musical since I first saw it on Broadway over eight years ago. It was the first Broadway show my mom had ever seen, and I can still recall the glow on her face while watching it.”

Breathing new life into an iconic character won’t be easy, VanWinkle says, but she thinks audiences will enjoy her fresh, new interpretation.

“There are many ‘Poppins-isms’ I plan on incorporating but I want to come in as a clean slate,” she says. “For me it will be about having fun, playing with the wonderful actors surrounding me and bringing to life the vision of our director, Joe Deer, and choreographer Matthew Sipress.”

VanWinkle credits much of her success to what she learned as a student of musical theater at UCO. Recently she closed a show Off-Broadway about the life of poet Edgar Allan Poe, and recorded her first cast album.

“I am so excited to come home. I haven’t been on stage in Oklahoma since my turn as Patti Page in ‘Flipside.’ Plus, this is my first time to tread the boards at Lyric! To make my debut as Mary Poppins, a role I have longed to play, really makes it a dream come true!”

Lyric choreographer Matthew Sipress will work with VanWinkle and the rest of the cast to give a fresh spin to the classic Disney tale.

“The characters are essentially the same as those everyone remembers from the film,” Sipress said. “There won’t be any penguins or magic carousels, but the magic will be undeniable. As far as the actual steps are concerned, I will be creating my own stories and sequences, but will certainly give the Lyric audiences a taste of the familiar in the iconic production numbers they remember from the film.”

“This story follows Edward Bloom, a traveling salesman from Alabama who has lived an extraordinary life,” Baron said. “He delights his family and friends with his larger-than-life stories of meeting a witch, a giant and even joining the circus. But as Will, his son, begins to start a family of his own, the blurred lines between fact and fiction cause a rift between him and his dad. Audiences will be delighted as the elder Bloom’s tales come to life on stage, and charmed by the story of reconciliation between father and son.”

Playing the role of Edward Bloom will be Broadway song and dance man David Elder, last seen at Lyric in “Bye Bye Birdie.” Tony Award nominee Emily Skinner will play Bloom’s wife and Russell McCook will play the son, Will. Costumes help give each character their own individual identity, and Lyric’s costume designer Jeffrey Meek says he and his team are already hard at work.

“‘Big Fish’ is a designer’s dream,” Meek said. “It brings the fantasy world and the ‘real’ world together onstage. Costumes for our production range from nine-foot-tall giants and beautiful mermaids to tattered witches and glitzy USO performers. The design team has researched southern fables, folk art and even Louisiana voodoo to create the fantasy stories told in the show. It is going to be a feast for the senses, not to mention the wonderful music!

“Trying to use new techniques and materials keeps the work fresh and exciting,” Meek added. “In ‘Big Fish’ we are using many unconventional materials to create the fantasy sequences. Making costumes out of wire, straw, plastics and paint is a nice diversion from the usual silks and cottons. Don’t get me wrong, I love a classic bustle dress, but there is something artistically satisfying to using items from the hardware store to create a walking, dancing, singing work of art!”