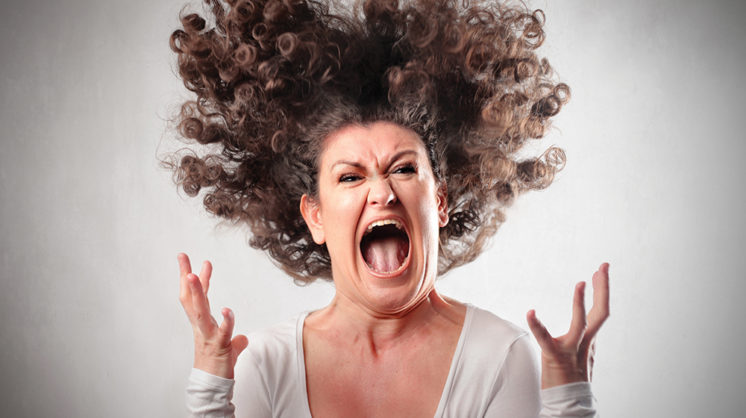 My “Beauty Mole Removal Sweep Spot Pen” arrived in the mail a couple of weeks ago. Admittedly, it’s a terrible name for a product, but there’s really no way to translate “flesh-burning self-mutilator” into something that sounds marketable. I’m sure they did the best they could.

I knew its sole function – to burn both my flesh and my $19.99 – and I bought it anyway. A well-placed video found its way into my Facebook feed, drawing me in like every other infomercial I’ve ever seen. (Before infomercials, I was just as easily taken in by ads at the back of my comic books, raising generation after generation of Sea Monkeys.)

The video had no voiceover, no doubt due to the language barrier. Nonetheless, it got right to the point in a universal way, identifying the viewer’s problem: unsightly moles, freckles and sunspots. The pen, about the size of a screwdriver, ends in a 3-inch needle that acts as a conduit for an electronic zap, in the event the needle comes up short at delivering pain.

Self-mutilation has never been a deal-breaker for me in purchasing appearance-enhancing products. I first embraced a “beauty is pain” attitude at age 10, when I pierced my own ears via the excruciating process of stabbing my lobes a little more each day for two weeks. From the ages of 13 to 15, my go-to footwear were the wooden Dr. Scholl’s sandals that were supposed to “tone” my thighs with every step. Instead, they crippled me a bit more every time. (Think of stepping on a Lego with the arch of your bare foot. Multiply the pain by 100. Repeat 10 times per day.)

The subjects in the Facebook video ads appear to have genuine moles that lift off their faces effortlessly with a wave of the magic wand-like Beauty Mole Removal Sweep Spot Pen. Presumably, the moles are being singed from their faces, yet the what-me-worry subjects continue to smile placidly through the haze of their own burning flesh. As I watch, I find myself interested less in the fire pen and more in whatever product is keeping the people from jumping out of the chair.

The video hadn’t even finished before I reached for my billfold. Myopic in my mission, I didn’t care that I was sending my banking information to China.

When the napalm stick arrived, I examined its contents and the instruction manual, which was printed in Chinese and English. The English instructions, in 3-point type, were translated by someone whose struggle with English is as real as the flesh I intended to burn (although his or her English is most certainly better than my Mandarin).

A menacing little packet of needles came with the pen, but because of the sketchy instructions, their function is unclear. One step recommended testing the pen on “fresh pigskin” until you have a good command of its use – not wanting to ruin a perfectly good slab of bacon, I suggested to Mr. Roth that we experiment with some of his trouble spots. Rather than appreciating my sensibility for, literally, saving our bacon, he insisted that I had lost my mind. “Don’t fall asleep,” I warned him.

Mr. Roth also refused to be within a 5-mile radius of the flesh-eater in action, so I waited until he left town to take it for a test drive on my arm. I stalled for an hour or two, noting how nearly each step of the instructions mentioned the words “scab” and “infection.”

Once the pen was sufficiently charged (it’s portable!), I steeled myself and pointed it onto a small mole on my arm, soldiering (and soldering) through the crackling electrode-meets-flesh buzz, followed by the stench of burning flesh … MY burning flesh.

During the ensuing two weeks of scabbing and skin renewal, I told my friends about my purchase, fully expecting them to invite me over to host a mole-removal party or maybe just to enjoy a few mimosas while I took aim at their freckles and moles. Instead, they’ve insisted that my willingness to self-mutilate is a thinly veiled cry for help. “What the hell is the matter with you?” they ask.
“Light a candle and hold still,” I tell them. “This will only hurt for a few weeks.”

1 The Art of Styling Your Home
2 NOUN Hotel’s Supper Club Brings Bison and Simple Splendor to Norman
3 Chill Out By Your Outdoor Fire
4 10 Southwest Side Restaurants You Need to Try Now
5 10 Things to Do in OKC This Weekend: September 21-25
6 What’s New This Fall for Visual Arts in OKC?