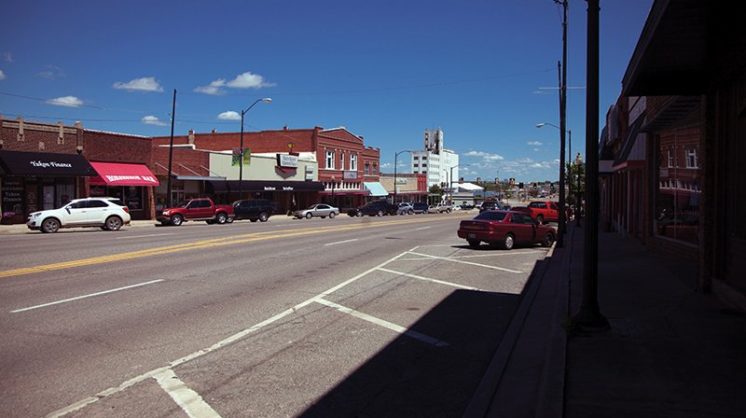 When Cathy Cummings can get time away from her busy north side Oklahoma City restaurant, Vito’s, one of her favorite fun things to do is to visit the shops on Main Street in Yukon.

“You get the full experience of that small-town charm,” she says about Yukon’s historic shopping district. “What I really love about Main Street is that it seems to take you back in time.”

The area was a very busy place once, especially on Saturdays. Then, as its suburban southern edge grew toward I-40 and retail businesses followed, it became dormant.

But in recent years, small, locally owned craft shops started to fill in the spaces. And now Yukon’s Main Street is a destination once again.

It only takes 30 minutes to drive to Yukon from OKC, and you don’t even have to worry about turns: just follow NW 39th Street all the way west until it turns into Yukon’s Main Street.

And once you get there, here’s a taste of what a Saturday in the Main Street area might have in store.

The part of Main that still has the look and feel of the once-small town of Yukon can be found between 4th and 5th streets. Where grocery and hardware stores once were, high-quality craft and clothing stores are now. Most of the north side of Main and part of the south side are made up of these distinctive shops where the owner is also the one who sells you the items.

“Everyone you pass on the street wants to say hello and are so friendly,” she says. “And the shops are all unique; things you wouldn’t find at a mall. They’re the small mom-and-pop shops where the owner is always there.”

For breakfast, lunch and dinner, a couple of delicious restaurants near downtown are well worth a try.

Miller Grill, just one block south of Main, derives its name from Yukon’s high school mascot – inspired by the men who operated the flour mills that were once the town’s main industry – and seems to portion its food to cater to a hungry teenage athlete or one of those past mill workers. 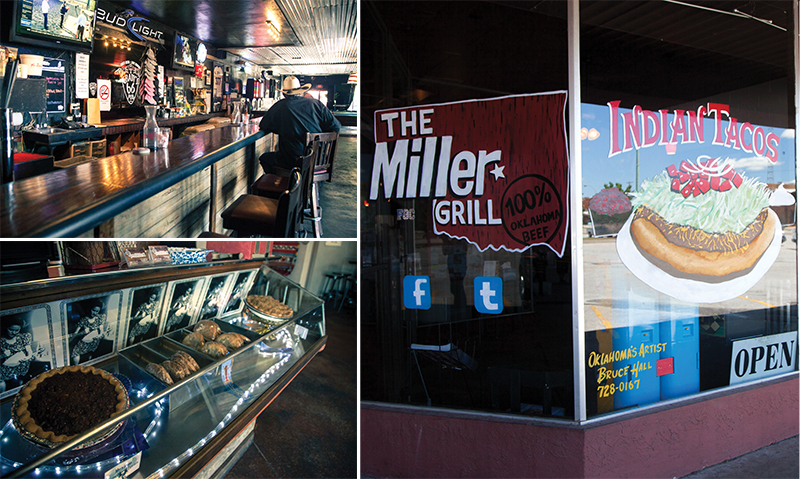 “Our pancakes are half a pound apiece,” says owner Jason McCormack. They aren’t the only large item on the menu, either.

“We have the largest onion rings in the state. There’s nobody that can come close,” he asserts.

The restaurant prides itself on making everything from scratch and using locally produced products to ensure freshness, including its bread for Indian tacos.

In the four years since its opening, the family-owned restaurant Green Chile Kitchen near the intersection of Oklahoma Highway 4 and Main has become a favorite of locals and out-of-town guests.

“What makes us super unique and separates us from Tex-Mex is we make everything fresh daily,” explains owner Tara Peters. “We grill all four of our own meats. We rotisserie our chicken. We make all of our salsas fresh daily.”

“We use a lot of green chiles in our food,” Peters says. “But you have a choice between mild and hot. And you can tell us not to use them at all.”

Peters said that their food is inspired by New Mexico recipes, but has the added creative touch of her brother, Trevor Logan, who started the concept in San Francisco with a restaurant and bakery that are still popular there.

LISTEN TO THE MUSIC

Grady’s 66 Pub on Main has become a favorite destination for those who want to relax over a beer, bar food and great tunes in the evening.

Owner Grady Cross was a founding member of Cross Canadian Ragweed, a Red Dirt-style band popular in Oklahoma and Texas, and across the West, from 1998 until its breakup in 2010. He bought the bar in 2011, renovated it and set out to draw in some of the best Red Dirt performers. His many connections in the music world have helped bring in strong acts, making the pub a well-known spot for live music on Friday and Saturday nights, and sometimes Thursdays, too.

Visitors to Main Street Yukon can enjoy all of these unique activities in one day. But that doesn’t mean that you have to, or can’t come back again and again. They still will be glad to have you.