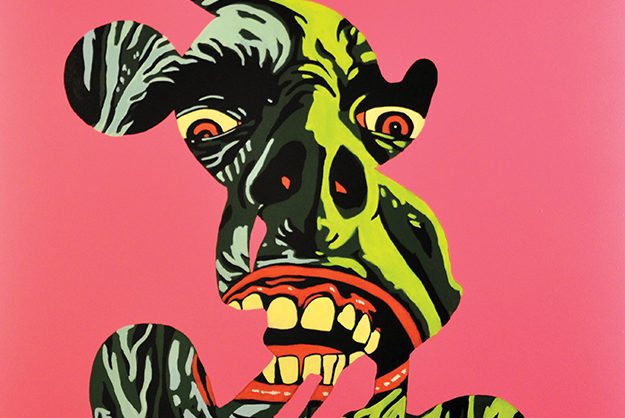 Among the Young at Art
March 7-8, OKC Farmers Public Market
The Oklahoma Visual Arts Coalition is always eager for fresh talents to get their careers moving. Artists under 30 are the stars as Nathan Lee and Samantha Dillehay curate the annual fete Momentum, featuring Eli Casiano, Elliott Robbins, Katy Seals and more of the cream of the state’s budding creative crop in a two-night exhibition.

Supporting Shade
March 1, Cox Center
Oklahoma has a rich history of generosity in rallying to join the fight against AIDS, but it’s a moving target: while more people are living longer and better lives with HIV infections, nearly 40 percent of new cases are citizens in their 20s, making prevention education a priority. Fortunately, a prime vehicle for providing fundraising assistance is the always-elegant formal delight Red Tie Night.

Blown, Away
March 2, Santa Fe Depot
The advent of spring means an end to the Winter Wind concert series, but the Performing Arts Studio still has a couple of aces up its sleeve in the form of outstanding acoustic talents scheduled to visit the Santa Fe Depot. Mark Erelli loves playing every bit as much as songwriting, and with a resume that ranges from Western swing to lullabies, he’s thoroughly adept at both.

Creation Song
March 7-29, In Your Eye Gallery
For its March show, the Paseo Arts District gallery moves toward the abstract via the work of MtnWoman Silver. In “Sounds of Self,” the artist’s fluidly color-filled paintings are wrought on varied surfaces and using different tools; the constant is the persistent influence of the music to which she routinely listens during her creative process.

The Lure of Venice
March 8, Embassy Suites Norman
Supplying a citywide network of canals instead of roads might be a bridge too far (so to speak), but the Junior League of Norman is ready to roll out all the rest of the mystique and excitement of a Venetian Carnevale at its annual gala; dancing to Avenue, relishing a taster’s affair and vying for travel packages and more at auction await the adventurous.

Cirque du So Luscious
March 20, National Cowboy & Western Heritage Museum
Putting 25 elite local restaurants into one tent would result in a big top indeed … and that’s exactly what’s in store for diners at the circus-themed 27th iteration of the Regional Food Bank of Oklahoma’s Chef’s Feast event. The proceedings will be a joy to remember, and proceeds help fight childhood hunger. Step right up!

The Big Time
March 21, Film Row District
A block party for the ages – and for all ages, and also pets – lights up the stretch of West Sheridan through live jams from local musicians, a bevy of gourmet food trucks, new art by Erin Shaw, kids’ activities, film screenings, more music, more food, tons of joie de vivre and no admission charge. Sponsored by Fowler Honda, Premiere on Film Row is a Mardi-Gras themed act you must get in on.

Eternal Spirit
March 25-26, OKC Civic Center
China is one of the world’s oldest civilizations, ripe with more than five millennia of cultural traditions … and here it is. Spectacular martial arts-derived dance, a live orchestra, gorgeously detailed costumes and skits and reenactments of folklore and more combine for a masterful summation of the soul of a people: Shen Yun is simply divine.

The Only Now
March 29, MAINSITE Contemporary Art
The Norman Arts Council invites you to share in the experience of an event that’s truly in a class by itself: it’s the NAC’s only annual fundraiser, a night that unites the city’s visual creative community, culinary scene and musical spheres in a single sublime shindig. There’s nothing else like the ONE Event.

Drink Deep
March 29, OKC Civic Center
A late – and thoroughly welcome – addition to the season schedule for the OKC Philharmonic’s Pops series brings the delightful dozen-or-so members of the self-described “little orchestra” back to the metro; Pink Martini is visiting to celebrate the March release of its newest album “Dream a Little Dream” in conjunction with old friend China Forbes and new collaborators the von Trapps (who know a little something about the sound of music).