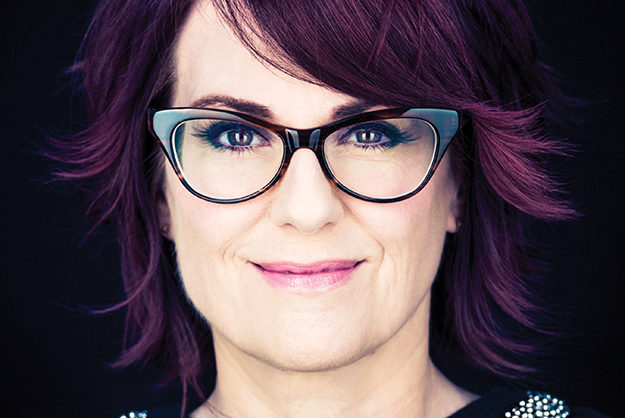 It's always a big deal when one of Oklahoma City's favorite daughters comes home.  Emmy Award-winning actress and Oklahoma City native Megan Mullally returns to her roots for two shows at the Lyric Plaza Theatre on Wednesday, Feb. 19 and Thursday, Feb. 20, at 8 p.m.

Mullally joins actress Stephanie Hunt for “Nancy and Beth,” a show being billed as a “bawdy and edgy comedic rock show.”

Mullally won two Emmy Awards for her portrayal of boozy socialite Karen Walker on NBC’s long-running “Will and Grace,” and says she practically grew up on Lyric’s stage.

“My first show at Lyric was when I was 12,” Mullally said, “playing one of the daughters in ‘Fiddler on the Roof.’ It really holds a special place in my heart.”

Her new act “Nancy and Beth” came about when Mullally and Hunt met on the set of the film “Somebody Up There Likes Me.”

“Stephanie and I became friends, and she mentioned singing,” Mullally said. “I’ve had my own band for years, so we tried singing harmony and our voices blended really well together.

“We started working up an act, and ‘Nancy and Beth’ was born. Our songs are an eclectic mix from a lot of genres. We get to play dress up and there’s a lot of choreography. It’s just a fun show and people can get up and dance if they want to.”

Mullally has a number of projects in the works, including an upcoming TV reunion with former “Will & Grace” co-star Sean Hayes on his new NBC series.

“I am starting to give some thought to returning to weekly television,” Mullally said. “But I have been having so much fun with the music and films, it hasn’t been a top priority.

“I am so excited to be coming home to Oklahoma City and seeing all my friends. I get home fairly often to see my mom, but it will definitely be great to bring this show to Lyric and see everyone.”