Memories of a Lifetime: The Oldest Oklahoman - 405 Magazine 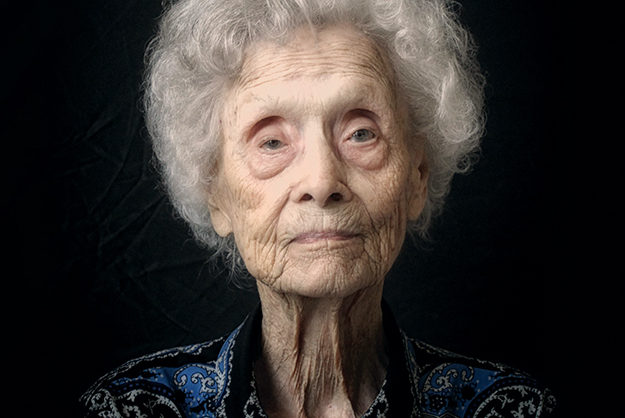 Autumn Rain Is Falling On The Window Of Ora Reed Holland’s Room In A Nursing Home In Canadian County.
It’s the hour after lunch and she has nestled back into her brass bed for a nap, her second since breakfast.The rest is well-deserved. On this September day, Mrs. Holland is 113 years, 263 days old.

Ora Reed Holland is the oldest Oklahoman ever documented, the ninth-oldest living American and 15th-oldest person in the world, according to the Gerontology Research Group.

This is the second time in two days I have stopped by. The day before, she was sound asleep. She sleeps a lot. Today she is very tired, and about to drift off again.

It used to be I would visit on her birthday, or just after, to see what she had to say and make a new portrait. Since she moved to the nursing home, I have come by more often.

We were introduced in 2006, when she was 105. She was living independently in Tulsa, cooking for herself and cutting the lawn with a push mower. She told me then her longevity was a surprise. “I had bone troubles. When I was five, they didn’t think I’d live to be 10. When I was 10, they said I wouldn’t live to be 15. Boy, they’d be surprised now.”

She married twice. Divorced twice. Had one child, a daughter, survive to adulthood. Her first car was a 1918 Model T. Her last was a Buick Century, in which she received a speeding ticket at age 99.

On her 112th birthday, she remembered, “I always worked hard. You can tell by looking at me I worked hard … I had to work to live.” She staffed the counter at Kress department store in Tulsa. In Dallas, she founded one of the first professional baby-sitting services. During World War II, she worked in the office at a Texas shipyard. Afterward, she owned and operated a hair salon.

Her memories are fading now, as are her hearing and sight. On some visits she’d be disappointed when I showed up. “You’re M.J.? Humph! I thought you’d be a man!” She enjoyed the company of men, so I learned to bring one along whenever I could. She was sharp-witted and outspoken, critiquing the gifts I would bring: roses were not a favorite. Candy was a hit. Cookies were the best.

She is often asked about her secret to a long life. She has no easy answers. On her 112th birthday, she said, “Well honey, I lived long because that’s what God wants. It’s not what I want. It’s what he wants. I think everything about me’s what he wanted. I don’t have any much to say about myself … That’s just the way I look at it. I don’t know why he wants me in this condition, but he does.”

On her 113th, she refused to believe the number of birthdays she’s seen, and insisted. “I’m not a day older than 99.” 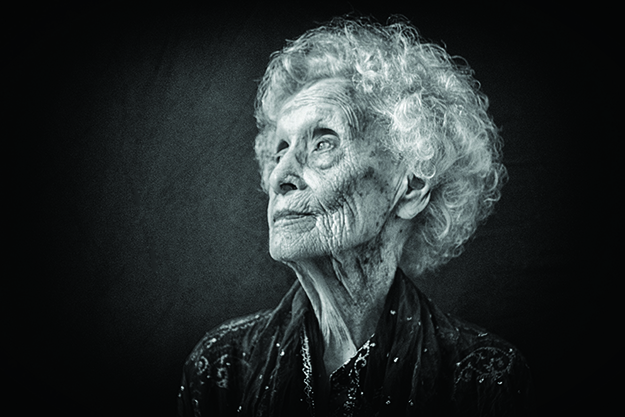 She is resting now, battling to keep her eyes open. She spies the box from the bakery, being held by an aide.

Mrs. Holland, I have one question.

What makes you happy now?

But she can’t hear. She asks me to repeat the question, again, and then again. She pulls me close, takes my hand and rubs the fingers ’til they warm hers.

What makes you happy, Mrs. Holland?

She deciphers what I’m saying, and puts her head back on the pillow to think.

“Well, really … ” she pauses and smiles a little. “Nothing makes me sad!”

“Y’all don’t need to worry about me. Y’all just leave me like I am. Leave me just like I am.”

“Come back to see me sometime.”

I will. You get a good rest. Sweet dreams.

And Ora Reed Holland settled in for a nap, as the Oklahoma rain continued to fall on her 41,536th day. 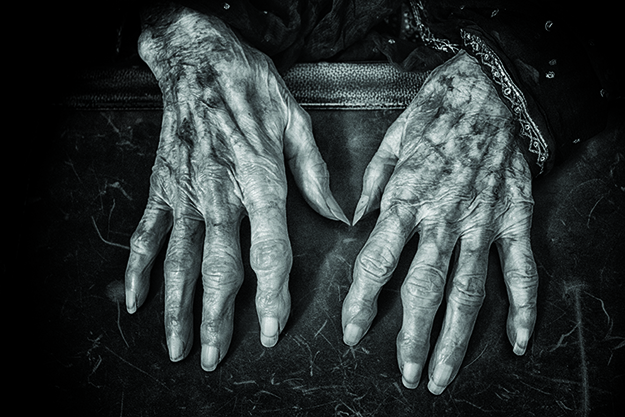 Of every claim sorted through by the administrators of the Guinness Book of World Records, editors note that, “No single subject is more obscured by vanity, deceit, falsehood and deliberate fraud than the extremes of human longevity.”

As of September 2014, the oldest documented living person in the world is 116-year-old Misao Okawa of Japan, born March 5, 1898. The oldest living American is Gertrude Weaver of Arkansas, born July 4, 1898. The longest human lifespan ever to be documented was that of Jeanne Louise Calment, who died in France on August 4, 1997, aged 122 years, 164 days.

The millionth hour since her birth will come on January 21, 2015. Reaching that milestone would make her one of the top 100 verified oldest of the 108 billion people born over the course of human history.

She became the oldest Oklahoman four years ago, succeeding Martha Berryhill, who was born in Okmulgee on July 12, 1900, and died there December 18, 2010 at the age of 110.

Mrs. Payne, whose first husband died from the effects of World War I mustard gas, had held the title of oldest Oklahoman for less than a month. Her predecessor – Kristine Klostermyer Brown of Alva, a retired math professor from Northwestern Oklahoma State University – died December 19, 2007 at the age of 110.

The oldest Oklahoma man on record is Benjamin Harrison Holcomb, who in the year 2000 was declared the world’s oldest living man by the Guinness Book of World Records; the title later was rescinded when older men were found in Europe. He was born in Robinson, Kansas, on July 3, 1889, and named for the newly inaugurated president of the United States. The Holcombs moved to Oklahoma Territory when he was a boy. He lived in Caddo County for more than a century, farming at the edge of Cache Creek until 1996, when he moved into a nursing home in Carnegie. He was featured in Outdoor Life magazine as being the oldest man to shoot a deer, at the age of 107. He died December 2, 2000 at the age of 111, and is buried in the Fairview Cemetery in Apache.