Memories of The Magnolia - 405 Magazine 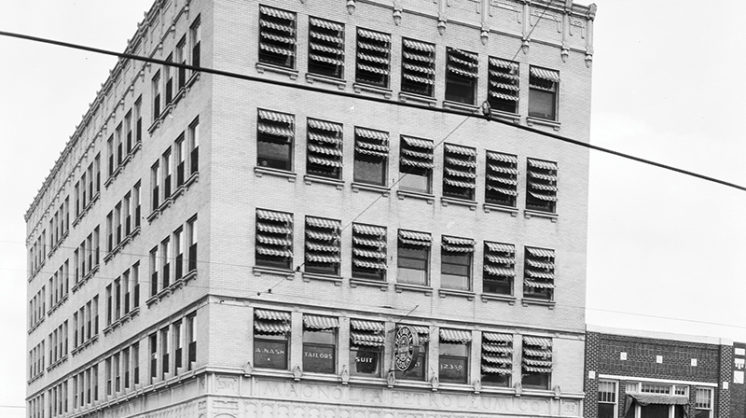 It’s difficult now to imagine a time before drive-through, pump-it-yourself gas stations. You know the kind – park, fill up, then go inside and treat yourself to a Big Gulp.

One of the first of these “filling stations” was in downtown Oklahoma City at NW 7th and Broadway. The Magnolia Building was the regional headquarters for Magnolia Petroleum, which later became Mobil Oil. And on the ground floor, motorists in early 20th century Oklahoma could drive through and fill up their swanky Model Ts.

“The first level served as one of the city’s first drive-through service stations,” says Cy Prigmore, events coordinator for the newly renovated Magnolia Building. “The building was designed with archways that allowed you to drive right through and fill up. It was truly an innovative design for the day, and operated from 1919 until as recently as 1960.”

The five-story brick building sits in the heart of Automobile Alley. It was designed by Hawk-Parr Architects, a local firm that was responsible for a number of Oklahoma landmarks between 1915 and 1935.

“The Magnolia is one of their earliest and last surviving structures,” Prigmore says. “Some of their other works include Oklahoma City’s Municipal Auditorium, Guthrie’s Scottish Rite Hall and the fabulous Biltmore Hotel, which was demolished in the 1970s. The Magnolia was completed in about a year at a cost of $150,000.”

Besides being a drive-through service station, the second floor functioned as the headquarters for Hawk-Parr, and the top floors were reserved for Magnolia Petroleum’s land office records, legal department and an office for exploration.

“They were one of the top oil producers of their day,” Prigmore continues, “comparable today to Chesapeake or Devon. They got their start in Texas and expanded into Oklahoma, and by the time the Magnolia Building was built, their refinery capacity amounted to 47,000 barrels a day.” 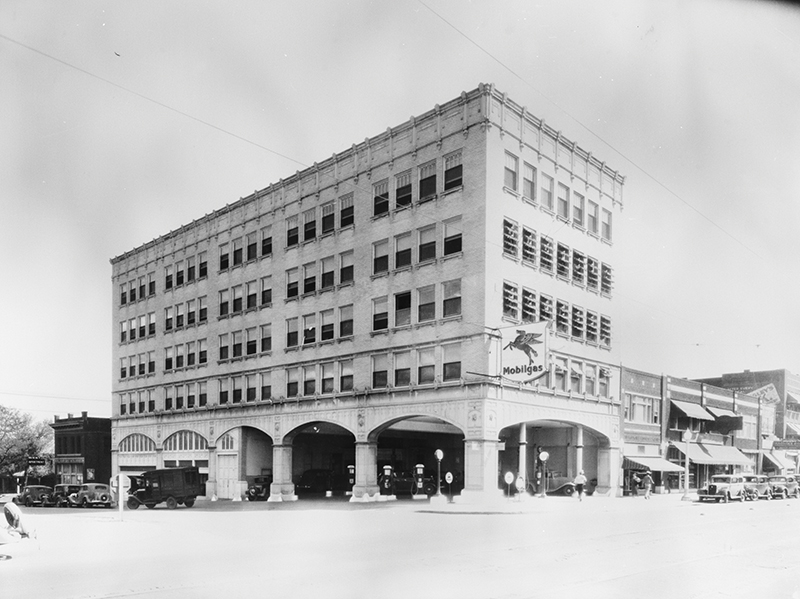 During the chaotic Urban Renewal days of the 1960s, many Oklahoma City landmarks fell to the wrecking ball. But the Magnolia survived since it was technically not located within the “urban core,” Prigmore said.

Like many other structures downtown, the Magnolia suffered extensive damage during the Oklahoma City bombing in April 1995.

“It was just a few blocks from the Murrah Building, and had a lot of damage,” Prigmore remembers. “The roof was damaged, the windows were blown out – but it survived. Major renovations began to take place, and today we are home to law firms, advertising companies [and] an independent oil company, as well as a communications technology provider. And the Fit Pig restaurant occupies part of the first floor.”

Today local businessman Chris Salyer owns the building. He was on the founding team and past president of Automobile Alley Inc., a National Main Street Program dedicated to the restoration and revitalization of downtown Oklahoma City.

An event space occupies the top floor and is frequently used for everything from fashion shows to weddings. The nearly 100-year-old arches remain on the ground floor, and the space where motorists once filled their tanks is now a drive-through for First Fidelity Bank.

“I love this building,” Prigmore says. “It has really gone through a renaissance in the last few years. I consider it the grande dame of Automobile Alley and also just a beautiful reminder of historic downtown Oklahoma City and the way things used to be.”