Memories of the Myriad - 405 Magazine 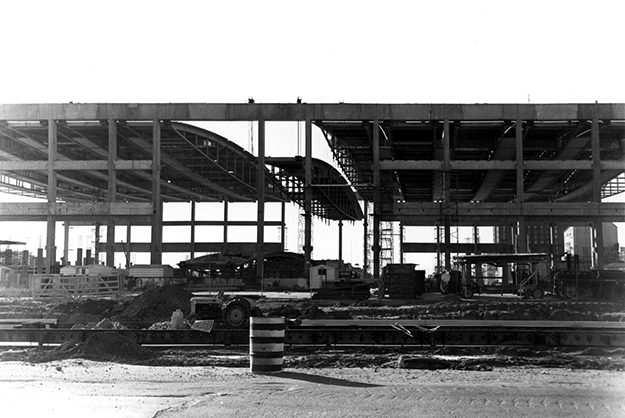 Back In 1969, Oklahoma City Broke Ground On a New State-Of-The-Art Convention Center.  Simply known as “The Myriad,” the complex was located downtown at Sheridan and Broadway, and took three years to complete.

The 13,000 seat arena opened in 1972 and saw some of the hottest musical acts of the day: Elvis Presley performed there; Sonny and Cher checked in.  Tina Turner’s “Private Dancer,” the Captain and Tennille’s “Muskrat Love” and Olivia Newton-John’s “Let’s Get Physical” tours all graced the Myriad stage. Country acts ranging from Garth Brooks to Vince Gill and Reba McEntire all played the Myriad.

After completion of the Ford Center (now the Chesapeake Energy Arena), the Myriad was given a multi-million dollar facelift and renamed the “Cox Center,” breathing new life into the 40-year old landmark.