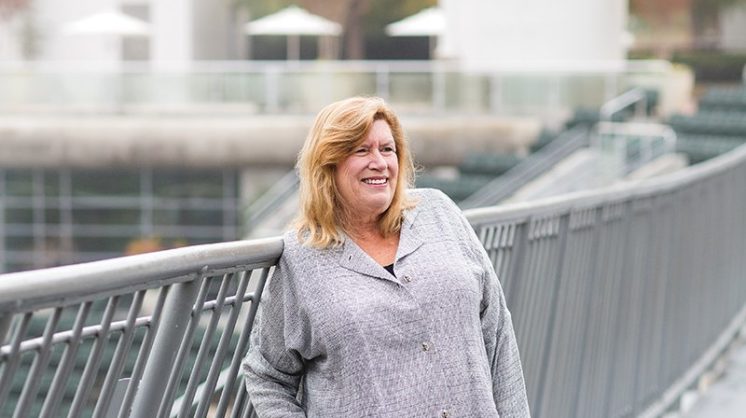 The Oklahoma City nonprofit organization created in 2000 to manage and market the Business Improvement District needed someone like Jenkins, who created a buzz in Boulder long before legalized marijuana did.

For her organization, Jenkins is a one-woman show and heaps praise on a staff that’s responsible for marketing everything from Automobile Alley and Film Row to hot chocolate and snow tubing during Downtown in December.

Knee-deep in planning and fresh off the plane from the International Downtown Association conference in San Francisco, Jenkins took a few minutes to discuss her role in marketing downtown, the long hours involved and her aversion to ice skating.

So how much work really goes into a signature event like Downtown in December? “Well, quite a bit. I don’t know how to qualify it, but it’s a major event for us, and it’s more of a coordination event as much as anything because we’re pulling together a lot of different things, a lot of different sponsors and finding out what other people are doing so we can market it together.”

Fair to say one of your favorite events? “Sure, I think everyone loves the holidays. Downtown in December is really an umbrella brand for all the events that happen downtown during the holiday season. You get to be part of families building traditions and you get to be part of everyone’s holiday celebrations. It’s just a festive time of year, and it’s great to a part of all that.”

If you had to choose between ice skating or snow tubing, which one would you choose? “I probably wouldn’t do either one. (laughs) I’d probably pick tubing because I can’t stand up on ice skates.”

What’s been your favorite moment since you’ve had this gig the last six and a half years? “Had a lot of favorite moments, but the first thing that jumped into my mind was at the end of the Thunder’s first season when they lost the game, and the arena stood up and gave them a 10-minute standing ovation. That was an amazing moment in Oklahoma City.”

If you had to describe the vibe of OKC in a few words, what would they be? “Electric. I’m trying to think of a word for this, but it has a vibe of a place you want to be. You’re glad you’re here because you feel like you’re part of something bigger than you.”

What’s something hardly anyone knows about what you all do for Downtown? “I think probably the crazy hours that we work. We work a really eclectic schedule because we have to be on-call for events and programming. Because we’re sort of the experts on what’s going on downtown, we have to constantly be ‘on’ representing downtown in both our professional and personal lives.”

So you are guardians of all things downtown? “There are quite a few things that the general public probably doesn’t know our organization is responsible for – but we are just fine with that. We keep downtown safe, clean and friendly, and in many cases, when those behind-the-scenes efforts go unnoticed, it’s a good thing.”