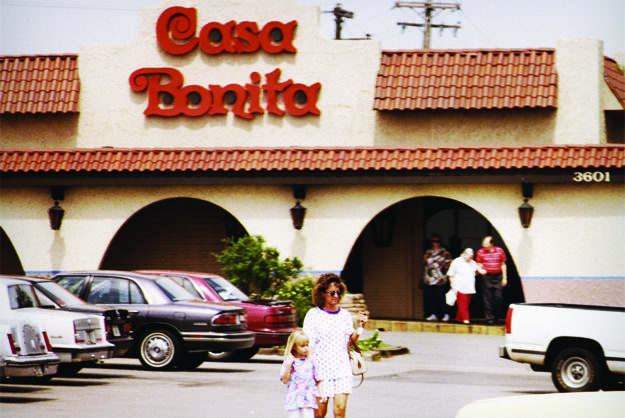 IT IS AN INDISPUTABLE FACT THAT OKLAHOMANS LOVE MEXICAN FOOD. Tex-Mex restaurants have come and gone, but one of the best-loved of its day was Casa Bonita.

The restaurant opened in 1968 at N.W. 39th and Portland and expanded into a chain of restaurants in the 1970s. It was well known for its “deluxe all-you-can-eat” menu, including tacos made with Casa Bonita’s own special blend of seasonings, cheese and onion enchiladas smothered in queso, freshly made guacamole and sopapillas dripping with butter and honey. And if you wanted seconds, or even thirds, you raised the little (generally greasy) flag at your table.

The Oklahoma City restaurant closed in 1993, and Tulsa’s location in 2005. Today, the only surviving Casa Bonita is in Denver, where the flag-raising tradition remains.