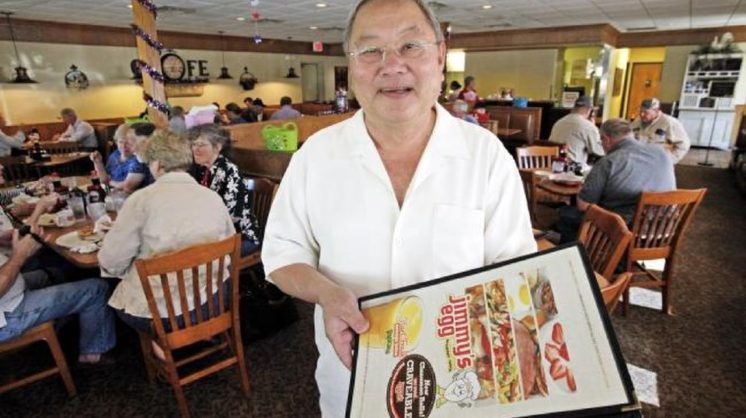 The time between Thanksgiving and Christmas is typically a period of family, fun, and anticipation; however, this year, COVID is exacting a terrible price all over the country. Each loss affects a family, and in some cases, an entire community feels the loss. Such is the case in Oklahoma City where, beginning on Thanksgiving, COVID claimed the lives of Bill Gumerson, Mike McAuliffe, Loc Le and Debra Ivory.

Gumerson was a critical voice in the preservation of historic buildings in the state, including the Governor’s Mansion and Overholser Mansion. He was a co-founder of Friends of the Mansion and the founder of Gumerson & Associates. Lisa Escalon, the museum coordinator for the Overholser Mansion, said he was instrumental in getting renovations done in 2008.

“He was a pillar of Preservation Oklahoma and the mansion,” she said. “He served as president and board member over the years. He took the mansion to heart, and he loved the Heritage Hills neighborhood and preserving old and historic buildings.”

Mike McAuliffe had 25 years of perfect attendance at the Rotary Club, an accomplishment that is no surprise to people who knew him. Fellow Rotarian and former Governor David Walters described McAuliffe as a man who engaged in “heartfelt efforts to help the community.”

McAuliffe succumbed to COVID on Sunday, Nov. 29, just shy of his 65th birthday. He was the CEO of OKC Events and Entertainment, though he was known more as an energetic and active civic leader. McAuliffe’s influence was prominent in arranging events and programs that benefited arts programs, the US Navy detachment at Tinker AFB, and community projects like the Santa Fe Family Life Center.

“I think Mike’s work in municipal politics helped inspire him to serve the community,” Walters said. “As the chief of staff of Democratic and Republican mayors, he learned non-partisan public service at a high level. That ingrained in him a vision of all the possibilities for the city.”

Walters and McAuliffe were neighbors across a fairway. “Our houses backed up to the golf course, so we saw each other regularly,” he said. “It’s been sad to look across the fairway and see no activity at Mike’s.”

Loc Le died from complications due to COVID on Dec. 10. He was 75. Le is best known as the founder of Jimmy’s Egg restaurants, the first of which he started in 1980. He arrived in Oklahoma City in 1978 after fleeing Vietnam with his wife Kim and their four children.

They purchased the original Jimmy’s Egg from then owner Jim Newman, and have grown the brand to 60 locations in the U.S. Dave Cathey, the food editor for The Oklahoman, said of Le, “It’s truly hard to measure the impact of his life. When he got here, he knew to think bigger than just the neighborhood. The Asian District was forming from the refugee community, but his idea was to ‘appeal to the natives” as well. He had that ‘let’s get after it spirit,’ and he believed there was never a point to sitting around and whining.”

Debra Ivory bought George’s Happy Hog from original owners George Thompson and Dee Bowlin in 2012. Founded in 2004, the barbecue restaurant near the State Capitol Building has, in the words of rapper Jabee Williams, been a beacon to the northeast Oklahoma City community. Ivory died from complications due to COVID on Dec. 14.

“So many businesses in that area changed because of gentrification, but Ivory had hung in and remained one of the last few Black-owned businesses on that street,” Williams said. “She and my mom have been friends for years, and she was always supportive of my career. I took friends, rappers, people on tour in there over the years, and she was always excited about the work we were doing.”

Chaya Pennington Fletcher, a partner in Kindred Spirits, and friend of Ivory said that the loss points out yet again that communities of color are disproportionately affected by COVID. “It’s a reminder that owners need to do everything possible to keep guests and staff safe, including complying with mandates and ordinances,” she said.