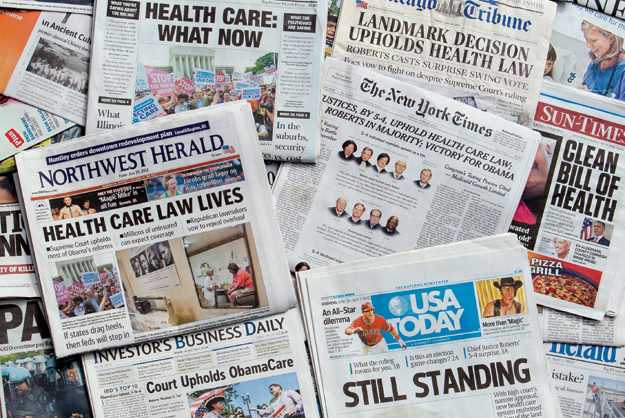 Now that the Supreme Court has upheld most provisions of President Obama’s sweeping healthcare reform plan known as the Affordable Care Act, it’s time to start focusing on what this law means to you.

While many provisions of the law don’t go into effect until 2014, the law currently permits children up to age 26 to remain on their parents’ health insurance plans and senior citizens to receive additional discounts on prescription drugs. Beginning in 2014, insurers will no longer be able to deny coverage to adults with pre-existing medical conditions, or impose annual or lifetime dollar limits on coverage.

Under the act, most Americans will be required to have health insurance by 2014. Some exceptions exist based on income level and other factors. If you fail to obtain health insurance, either individually or through an employer, you will be subject to a fine that is paid as part of your IRS filing. In 2014, the fine will be the greater of 1 percent of income or $95. In 2016 and after, the fine generally will be 2.5 percent of income.

On the positive side, families with average household incomes up to approximately $90,000 will be able to purchase private insurance through a Web-based insurance “exchange” that will allow for easy comparison of the costs and benefits under various policies. Federal subsidies in the form of premium tax credits and cost-sharing reductions will be available for many people based on income level. Additionally, people with household incomes of up to 133 percent of the federal poverty level would qualify for coverage under Medicaid if Oklahoma elects to expand its Medicaid program.

Employers with more than 50 full-time equivalent (FTE) employees will be required to provide health insurance to their employees starting in 2014 or risk a penalty; employers with fewer than 50 FTE employees are exempt from this requirement. Businesses that have up to 25 employees, pay average annual wages of less than $50,000 and provide health insurance may qualify for a small business tax credit of up to 35 percent (increasing to 50 percent in 2014) to offset the cost of providing health insurance for employees. Also in 2014, small businesses with fewer than 100 employees can purchase insurance on an exchange, which likely will give them access to better choices and lower prices than are currently available.

The law increases coverage of preventive care and encourages individuals to be proactive about their health. The law also creates incentives for your doctors and other healthcare providers to be paid based on the quality and efficiency of the care they provide to you.

It will be important for you to keep informed over the next several years, as the requirements of the new law go into effect and change the way you receive and pay for healthcare services in the future.