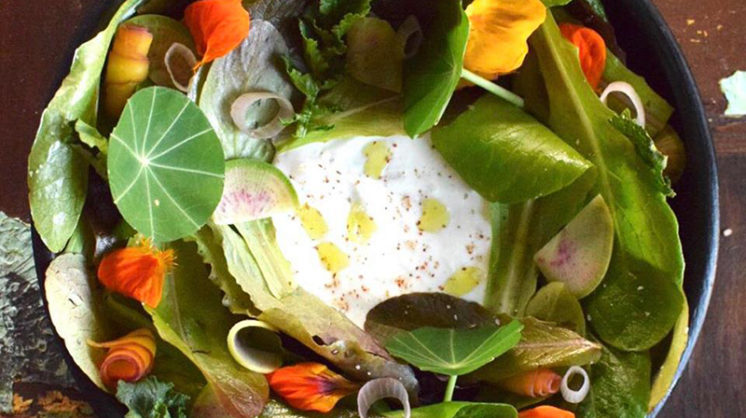 Nonesuch, a restaurant concept owned by Todd Woodruff, finally has a Midtown home. Woodruff signed a lease for the property at 803 N Hudson, which was formerly Desmond Mason’s gallery before he relocated to Plaza Court.

The new location places the tasting menu style restaurant next door to Ludivine, making the 800 block of Hudson a culinary destination, especially when Elemental Coffee is considered in the mix.

“In many ways, it’s the perfect space for us,” Woodruff says. “Much of the work is already done, including the plumbing, and the existing layout works well with what we have in mind.”

Woodruff is an independent operator; he also owns Waffle Champion and Maple’s Barbecue (opening this month), both in Midtown. He got the idea for Nonesuch after attending the first dinner at Nani, a now defunct private dinner club that ran afoul of health department regulations because they hosted dinners in a private residence.

“I tasted Colin Stringer’s food, and I thought, ‘I want to work with this guy sometime in the future,’” Woodruff says.

Woodruff reached out to Stringer, and the two agreed to make Nonesuch happen. The name even came about as a result of a back-and-forth texting session.

“I was looking for someone to work with and ended up with a new friend,” says Woodruff. Stringer, who will be executive chef and general manager, said Nonesuch will feature an eight-course and twelve-course tasting menu option, giving diners two price points from which to choose.

“The food will be similar to what we did at Nani,” Stringer says, “but at Nani we occasionally offered 15-20 courses. The goal here is to provide delicious food, not to stuff people. We want them to be able to go out afterward and have drinks with friends.”

Stringer said the space is small enough that the Tuesday-Saturday dinner-only schedule should fill with reservations, giving the restaurant flexibility with customer needs.

“If people tell us about food allergies or vegetarian preferences when they make a reservation, we’ll be able to work with that,” Stringer explains, “but we will need to know in advance.”

The food will be sourced almost exclusively from Oklahoma. “I’m not going to sweat where the salt is from, but if it’s produce, protein or dairy, it will be from Oklahoma,” Stringer promises.

Demolition has already begun on the interior, and Woodruff said the contractor, Drew Upchurch, has submitted a 90-day build schedule.

That means once permitting with the city and state is complete, Midtown will have a new restaurant in roughly three months. As for their proximity to one of the city’s most noteworthy restaurants, both Woodruff and Stringer were very optimistic.

“I expect we’ll have people going to both,” Woodruff said.

“We’ll have pairings for our courses, as well as aperitifs and digestifs,” Stringer said, “but we won’t have a full bar. We only need a counter and a kitchen, so I expect we’ll be sending people to Ludivine’s bar. It’s one of the best bar programs in the city, after all.”