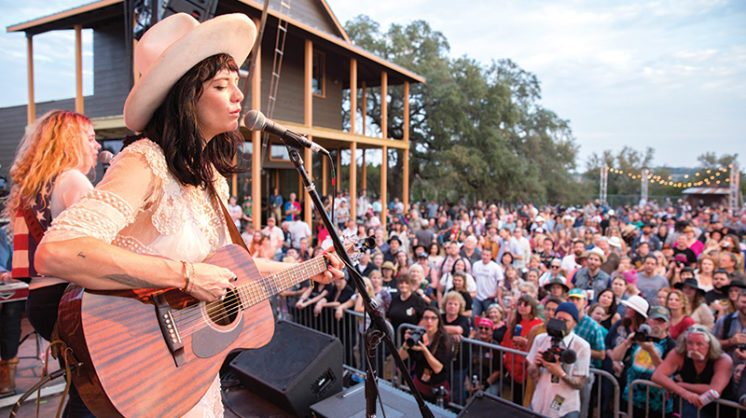 Back in 2008, it seemed like a beautiful (albeit slightly unrealistic) pipe dream: “Let’s close Main Street between the train tracks and Porter, invite a bunch of bands to play on multiple stages and let anybody who wants to wander up and listen! For free!”

That first Norman Music Festival was a success to the tune of around 15,000 visitors and a thoroughly great closing set from headliners The Polyphonic Spree … and the show has only grown bigger, louder and more awesome since.

The lesson here: if you rock it, they will come.

The ninth chapter in this epic musical work in progress will be written on the Norman streets, stages and skies April 21-23. It’s still completely free to attend, and whatever type of sound you crave, it’s probably on tap. There’s now a heavy stage spearheaded (or perhaps sledgehammered) by metalheads Power Trip from Dallas, as well as stages for EDM and hip-hop, and performances run the gamut from the protest folk of Samantha Crain to righteous country from Nikki Lane, raw party power poured out by The Coathangers and the furious bluegrass stomp of Shawn James and the Shapeshifters – all culminating in a bigtime burst of indie rock exuberance from headlining star Cloud Nothings. With hundreds of artists cramming their sets into three days, you may want to plan out an itinerary, so swing by normanmusicfestival.com for a full schedule and general information. It’s time to get loud.