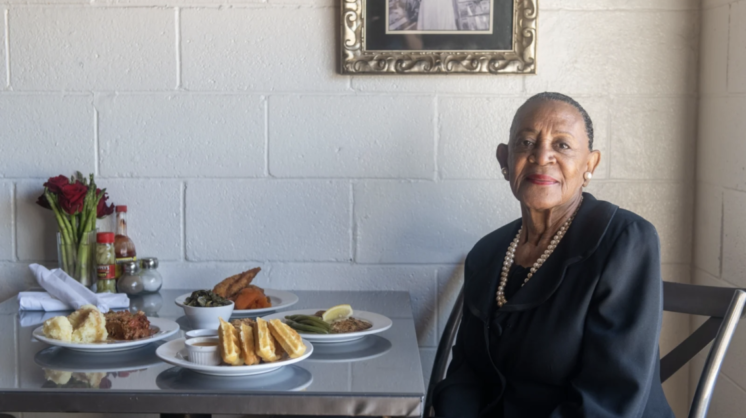 Locals have long known how great our food and beverage scene is, but 2022 was the year the rest of the country finally noticed.

Oklahoma breweries, chefs, distilleries and restaurants had a very good 2022 overall — with the sad exception of those that closed, of course — raking in major accolades and a slew of nominations for regional and national awards. Locals have long known how great our food and beverage scene is, but 2022 was the year the rest of the country finally noticed.

Florence Jones was the big winner this year, receiving the state’s first James Beard Award for Florence’s Restaurant. The nonagenarian opened her NEOKC restaurant in 1952, and she worked in the kitchen daily for 70 years. She was in the kitchen when her daughter Victoria Kemp brought her news that she’d won an American Classics Award from the foundation. By way of response, she pointed at a plate of fried chicken in the expo window, and said, “Go serve that chicken.” Per the James Beard Foundation website, “The America’s Classics Award is given to locally owned restaurants that have timeless appeal and are beloved regionally for quality food that reflects the character of its community.”

The Big Friendly, a brewery in the Wheeler District, won national honors as well this year, receiving a gold medal, silver medal, brewer and brewery of the year at the Great American Beer Fest, the Olympics of beer in the United States. The latter two awards are based on brewery size, so The Big Friendly was voted best in the country in their category. Owned by brothers Joe and Will Quinlin, the business started as a beer bus in 2015 before finding a fixed home in Wheeler District.

Other brewery winners include Tulsa-based Cabin Boys Brewery — a silver medal at GABF — for their Goin’ Stag Belgian-style ale. It’s their second win for the same beer at GABF. Canadian River Brewing in Chickasha won awards at the Denver International Beer Festival, and BierKraft in McAlester won a silver at the International Beer Cup and Bronze at the U.S. Open Beer Championship.

Tabbi Burwell, the executive director of the Oklahoma Craft Brewers Association, said the wins are “a testament to the growth and success of craft brewing in Oklahoma. I attended a national craft brewing conference this year, and so many people were talking about the respect they have for what Oklahoma brewers are producing.”

Per a Wanderfolk press release, “Founded in 2000, the San Francisco World Spirits Competition is among the oldest and largest of its kind. SFWSC recognizes exceptional products in the spirits industry. A panel of 30-plus judges, including the 2016 Spirited Awards America’s Bartender of the Year winner, Jeffrey Morgenthaler, blind tasted over 3,500 entries.”