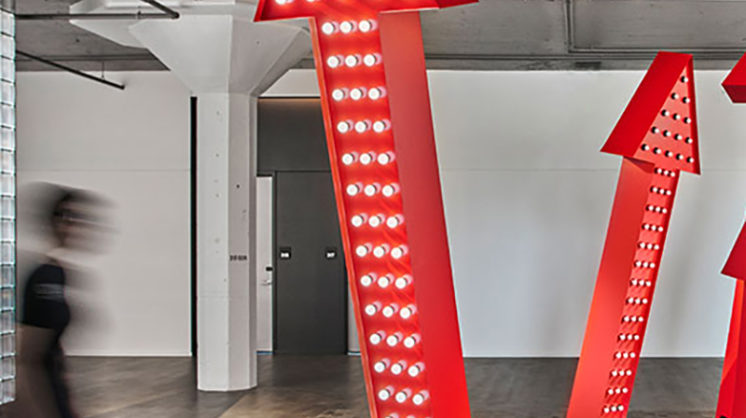 Oklahoma City’s newest hotel is rubbing shoulders with some of the globe’s finest new spaces after being named one of the best new hotels around the world.

The 21c Museum Hotel was selected as one of only 11 U.S. hotels and resorts to make it into Travel and Leisure magazine’s 2017 It List.

The hotel, which opened in June 2016, was listed in the magazine’s top 40 best new and radically redone hotels and resorts in the world over the last year.

Magazine judges said: “With more than 14,000 feet of exhibition space, this boutique hotel in the century-old Model T Ford plant has filled the city’s void for an artsy place to stay. And since the galleries, lounge and restaurant have taken off with locals, it has an energy that doesn’t wane midweek.”

“It’s an honor to be included among some of the most buzzed about hotels in the U.S.,” says 21c’s General Manager Matt Cowden. “We are happy to be a part of the revitalization efforts occurring throughout the city.”

The 106-year-old hotel, which was restored to its former glory following a $55 million renovation in 2007, sits in the top five Hiltons in the Americas.

The historic hotel closed in 1988 and stood vacant for most of two decades until it was renovated and reopened as part of the Hilton chain.

General manager Gerald Rappaport says, “We are delighted to celebrate the landmark 10th anniversary of the oldest existing hotel in the state of Oklahoma.”

Celebrating the 10th anniversary of its reopening, the Skirvin Hilton is asking guests with a Skirvin story to share it, with the top ten to be published on the hotel’s website.

There are also a number of anniversary specials and festivities planned.