Oklahoma-based star Kitt Wakeley is making history with his latest album “Symphony of Sinners and
Saints.” When he was just 17, the brilliant musician was performing in Tulsa and Oklahoma City at
school dances, events, and even popular radio stations. With a refined taste for a collaboration of
opposing genres of music, Wakeley blurs the previously bright line between heavy metal and classical
symphony.

“Symphony of Sinners and Saints” was at Abbey Road Studios in London for a reason, as the album
went on to reach Billboard Music’s #1 hit for both “Classical Albums” and “Classical Crossover Albums”
charts this year. On top of this, three singles from his album also hit #1 on Billboard’s Hard Rock Digital
Song Sales charts. Wakeley’s music can best be described by Cliff Masterson, Conductor for the Royal
Philharmonic and London Philharmonic, who stated that it is “the perfect blend of rock guitars, synths,
choir, and full symphony orchestra elevate these tracks to instant ‘hairs on the back of the neck’ territory,”
and “fantastically energetic journey through an incredibly creative, sonic landscape.” With a masterful
ability to envelop multiple genres of music to create a mind-warping take on the fundamentals of music,
it’s no wonder that Wakeley has garnered such critical acclaim and commercial success.

With eight Indie Channel music awards and a side job involving the production of pop, rock, and country
for other musical artists, Kitt Wakeley is set to be inducted into the Indie Music Hall of Fame. Wakeley’s
accolades multiplied after starting his career in Oklahoma City, yet he stays humble, as he stated, “I’m so
blessed with the success of this album. There was a lot of hard work and attention to detail put into this
project, along with some amazing talent to make it come alive. The results are more than I could hope
for.”

Now, on October 11th at 7:30 p.m., Wakeley will be performing at Carnegie Hall in New York City. As
modern day’s Beethoven meets AC/DC, Kitt Wakeley’s future is brighter than ever.

To purchase tickets to the show, visit https://www.carnegiehall.org/Calendar/2021/10/11/Kitt-Wakeley-and-the-Symphony-of-Sinners-and-Saints-0730PM. 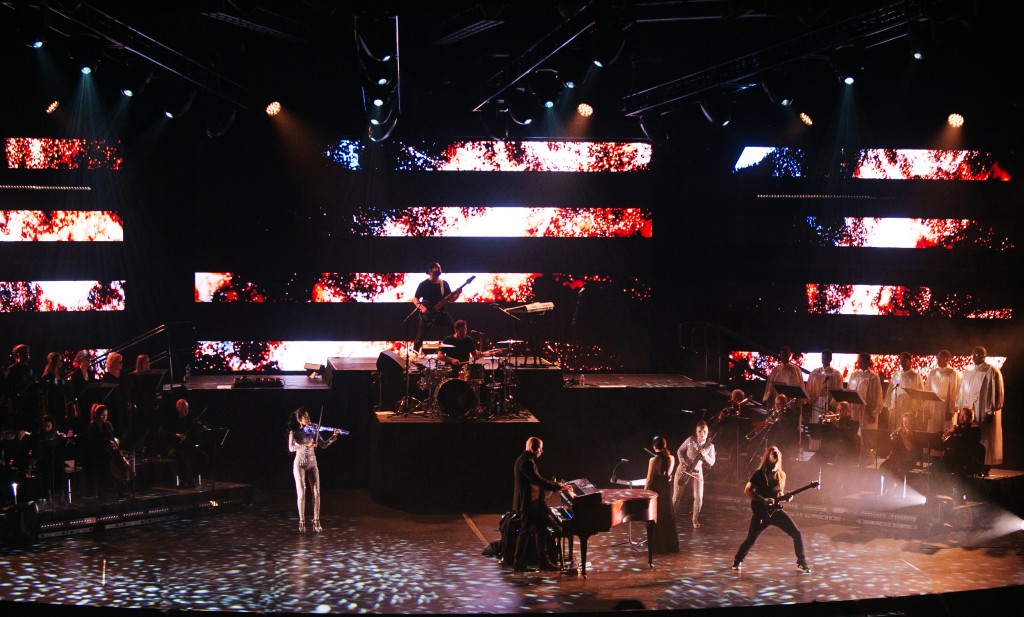