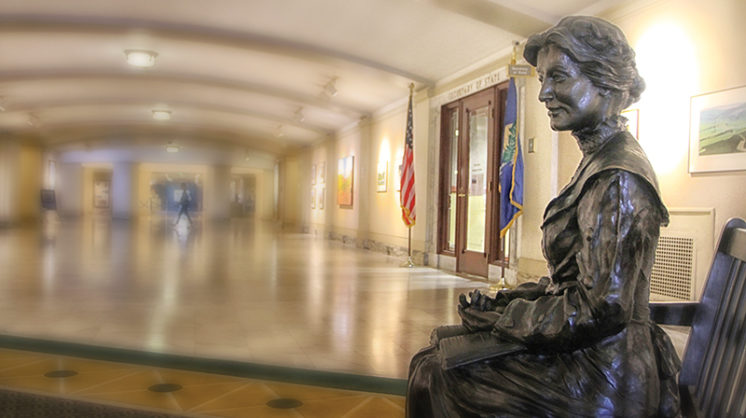 With the Republican and Democratic National Conventions taking place this month (and the candidates dominating national news for many months already), we’re thinking about elections. And while Hillary Clinton may yet become the nation’s first female president, do you know the story of Oklahoma’s first elected woman?

THE CLAIM: In 1907, Kate Barnard, a native of Oklahoma, became the first woman to win a statewide elected office in the United States. She held the office of Commissioner of Charities and Corrections for two terms.

THE SOURCE: Oklahoma state government site, Commission on the Status of Women, ok.gov/ocsw/The_Kate_Barnard_Award/

FACT CHECK: The pioneering social crusader was Oklahoma’s first woman to be elected to statewide office, and championed causes of underserved Oklahomans including children, working women, prisoners and the disabled. Inspired by Jane Addams, she toured jails, poorhouses and orphanages and successfully lobbied for reforms.

However, while a pioneer in the Sooner State, she was not the first woman in the nation to be elected to statewide office. According to Women in American Politics: History and Milestones, authored by Doris Weatherford, Barnard was actually the sixth to attain that distinction.

Inspirational? Yes. Worthy of note for future generations? Absolutely. But the first in the nation? Not quite.

Those Prior to Kate Barnard

Lucy L. Coues Flower
elected to the University of Illinois Board of Trustees in 1894