Oklahomyths: The Why of WKY - 405 Magazine 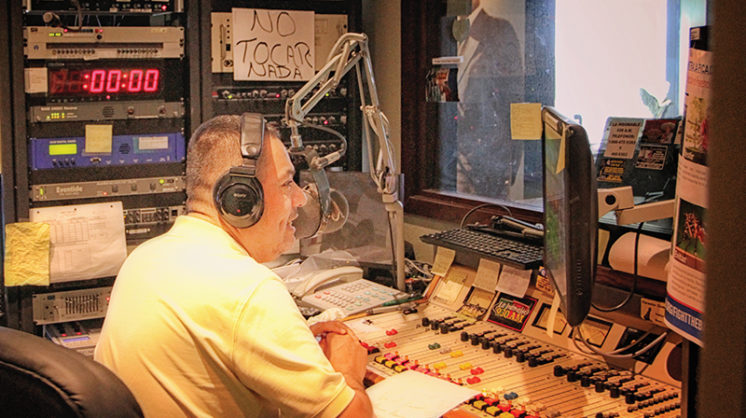 THE CLAIM: WKY was the first radio station west of the Mississippi River.

THE SOURCE: Insiders’ Guide to Oklahoma City, by Deborah Bouziden (2009)

FACT CHECK: WKY was licensed on March 16, 1922, making it the 28th-oldest radio station in the United States.

The oldest stations west of the Mississippi are California stations KWG of Stockton, KNX of Los Angeles and KCBS of San Francisco, all licensed in 1921.

WKY, headquartered in Oklahoma City and purchased in 1928 by The Oklahoma Publishing Company, would become an NBC affiliate and, from 1936-51, broadcast from the top of the Skirvin Hotel. The station launched the careers of 20-year-old Walter Cronkite, the first play-by-play commentator for University of Oklahoma football, and future television talk show host Mike Douglas, who worked as a WKY staff singer.

Over the decades, WKY’s format evolved from Top 40 to country music to easy listening to adult contemporary to talk radio to sports programming. In 2002, after 74 years of ownership, OPUBCO sold the station to Citadel Broadcasting, which merged with Cumulus Media in 2011.

Today, a floor-to-ceiling enlargement of a vintage photograph of an early WKY broadcast dominates the studio. The 930 AM, 5,000-watt WKY targets the region’s booming Hispanic population with a format of Spanish-language programming and Mexican music, emanating from the sixth floor of an office building off Northwest Expressway.

Although not the first station west of the Mississippi, WKY is the oldest station in Oklahoma.

Several times each hour, its announcers remind listeners of the station’s nickname, which evokes its 94-year history and ability to survive changing times: La Indomable.
The Indomitable.