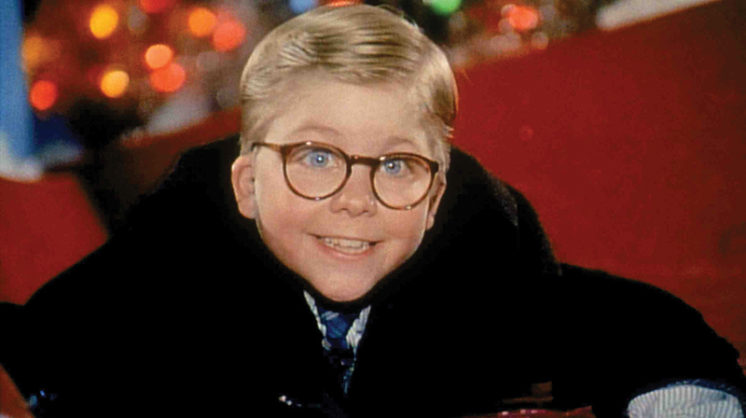 What are the holidays without that most venerable of entertainments, the Christmas movie? For many of us, quality time with the family goes only so far before you remember why you limit these excursions to but once a year. In such cases, there is something to be said for the simple pleasure of having family members pile around the TV instead of listening to Uncle Jerry’s continued dissertation on how this isn’t the America he grew up in.

But what to watch?

The two reigning seasonal champs, It’s a Wonderful Life and Miracle on 34th Street (the original black-and-white version, that is), are deemed classics for good reason. Both were made shortly after the end of World War II, and both reflect that singular time when post-war cynicism was beginning to tug at the corners of American sentimentality. Miracle on 34th Street tweaks that cynicism in the forms of Maureen O’Hara and 9-year-old Natalie Wood as a mother and daughter unmoved by Edmund Gwenn as an amiable oldster claiming to be that Kris Kringle. Sharply written and unfussy in its telling, this 1947 comedy rightly set the gold standard for Christmas cheer.

It’s a Wonderful Life is heavier stuff. Writer-director Frank Capra’s fantasy illustrates the outsized positive impact of a single life, but not without exploring the despair and desperation that can entail. James Stewart was never better as George Bailey, our allotted Everyman. 1946 movie audiences weren’t sure what to make of its bleakness, but the ensuing decades have seen It’s a Wonderful Life receive its rightful due as a masterpiece. 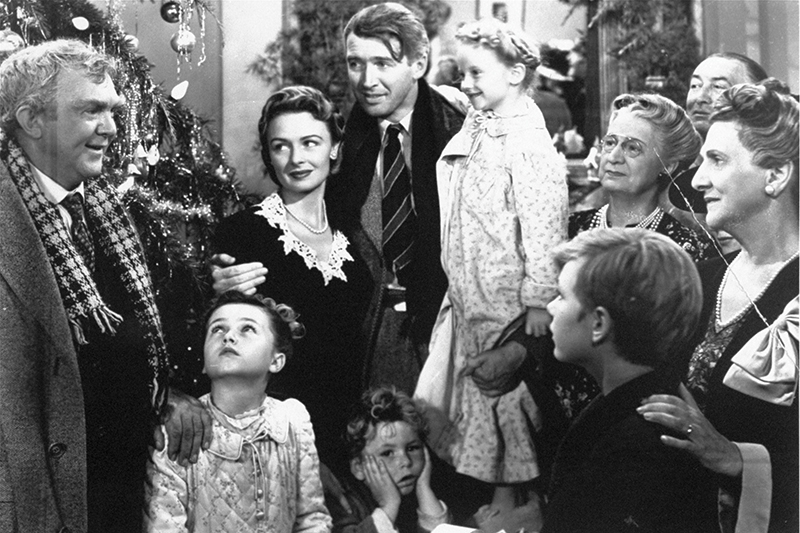 The 1980s brought A Christmas Story, which cable TV has helped make a seasonal mainstay. Directed by exploitation filmmaker Bob Clark – who was able to pursue the project after he made a bundle with the risqué teen flick Porky’s – it follows a boy’s quest to secure the Christmas gift of his dreams: a Red Ryder Carbine Action 200-shot Range Model air rifle with a compass in the stock and this thing which tells time. A Christmas Story has some wonderful moments, but I have a personal preference for Clark’s more psychopathic effort, 1974’s Black Christmas, in which a mad slasher terrorizes a sorority over Christmas break.

In recent years, two other pictures have entered the pantheon of yuletide movies. Elf, from 2003, is family-friendly in the best sense of the term, buoyed by Will Ferrell’s irresistible man-child shtick. 2011 unveiled the terrifically entertaining and criminally under-seen Arthur Christmas. Made by Aardman Animation (the studio behind Wallace & Gromit), its considerable wit emerges from conjuring up high-tech explanations as to how Santa carries out his yearly mission. 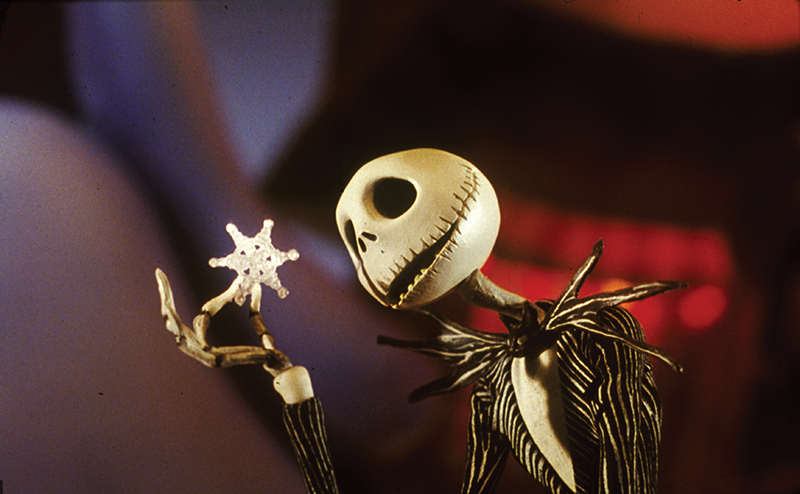 The Nightmare Before Christmas, a stop-motion animated musical from the febrile imagination of filmmakers Tim Burton and Henry Selick, blends Christmas cheer with a generous helping of Halloween fright. But what easily could have devolved into mean-spiritedness is never less than deliriously fun. 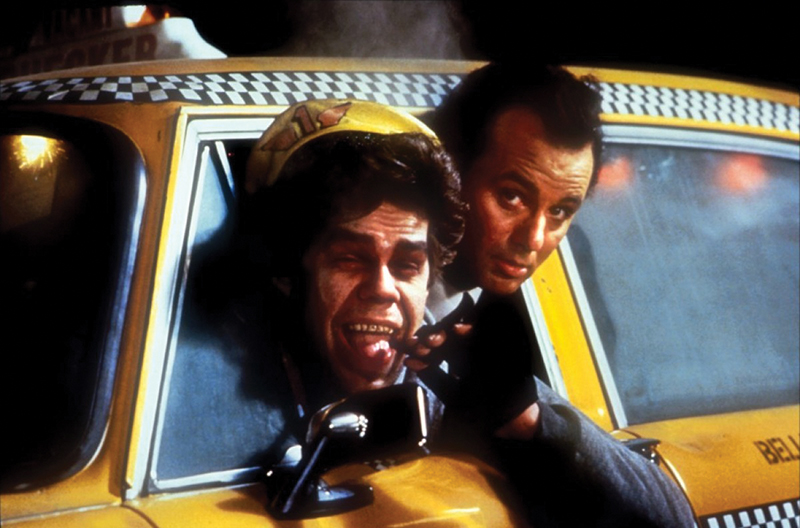 Plenty of movies have taken a spin at “A Christmas Carol,” but 1988’s Scrooged is one of the more memorable. In this go-round, the Ebenezer Scrooge-type is Bill Murray as a money-mad TV executive in the midst of making his own uber-crass version of the Charles Dickens classic. While too uneven to be completely successful, Scrooged still boasts enough ho-ho-hos to make it worthwhile. 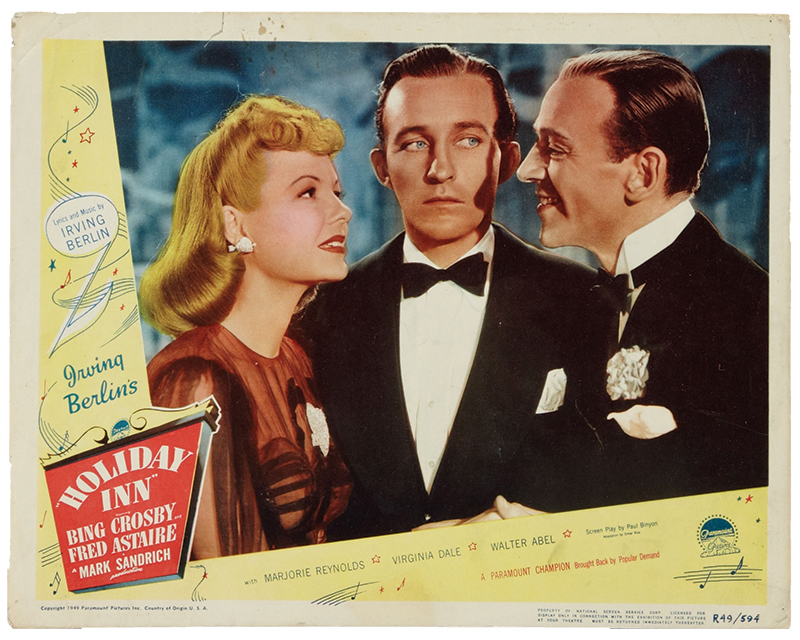 It just isn’t Christmas without the requisite yuletide songs, and you won’t find better seasonal musicals than 1942’s Holiday Inn or 1944’s Meet Me in St. Louis. The former features Fred Astaire and Bing Crosby in the picture that introduced Irving Berlin’s ubiquitous “White Christmas” (less endearing is Crosby in blackface crooning about Abe Lincoln). The latter is the lovely MGM musical that gave us Judy Garland singing the gorgeously melancholy “Have Yourself a Merry Little Christmas.” 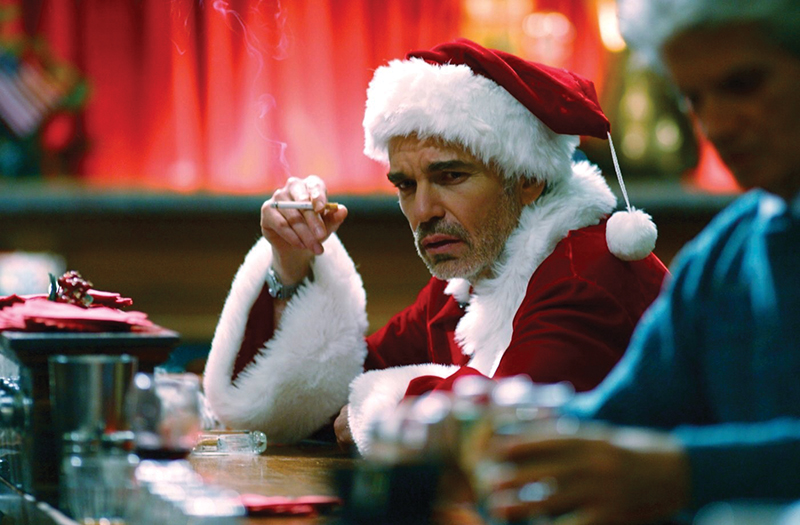 Crooked, vulgar and thoroughly scuzzy, Billy Bob Thornton hits misanthropic gold in Bad Santa. This sleazy black comedy isn’t for the aint of heart, but moviegoers who like their eggnog heavily spiked are sure to enjoy the nasty buzz.