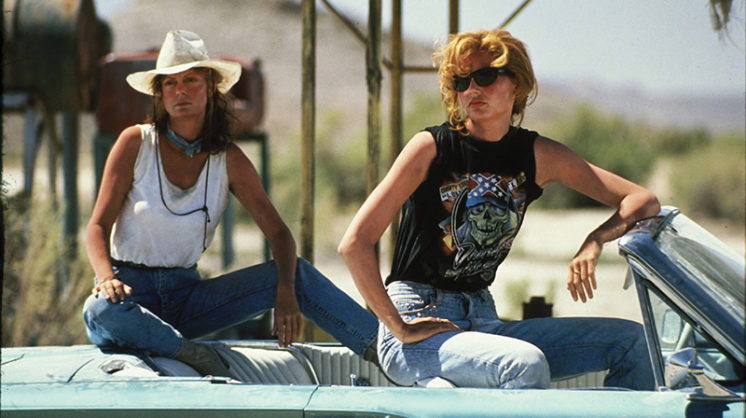 The Road Trip film has been a longstanding, cross-genre tradition in American cinema, one that has existed since pictures began moving and before widespread adoption of the automobile.

These often humorous, frequently tragic, always heartfelt films tap into not just America’s love for seeing the world, but a human desire to better know oneself by way of grand adventure. Be it a journey of reluctance, escape or simply chasing a thrill, the road trip movie takes us to places in the world and inside ourselves that we might otherwise never have known were there.

Here is a roadmap to just a few of the best American Road Trip movies – since the days of Hope and Crosby, anyway – now streaming online.

Submissive housewife Thelma (Geena Davis) joins her friend Louise (Susan Sarandon) on a joyriding trip that goes sideways when a bar patron attempts to rape Thelma and is subsequently killed. Rather than turn themselves in, the two women decide to flee their mundane lives and head to Mexico, but a sympathetic detective and a massive police chase corner them into one of cinema’s more spectacular endings.

One of Alexander Payne’s two Academy Award-nominated films (the other is Sideways, and is also streaming), Nebraska stars Will Forte and Bruce Dern in a father/son story. Dern’s old alcoholic curmudgeon believes he’s won a sweepstakes and demands his son, played by Forte, drive him from their home in Montana to Nebraska to claim his prize … which, obviously to most, is not real. 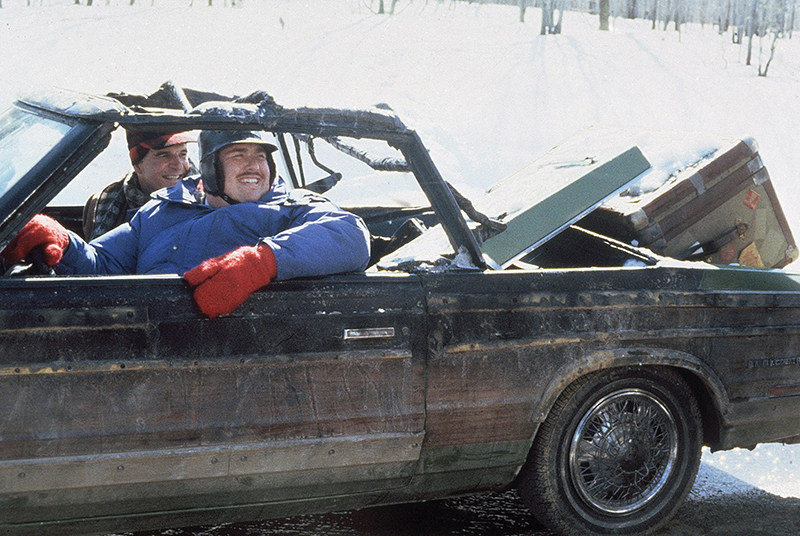 This classic John Hughes movie starring John Candy and Steve Martin is about two strangers forced to drive from Kansas City to Chicago for Thanksgiving after bad weather grounds their flight. This quintessential road trip film masquerades as a comedy, until the final seconds of the film when it reveals the movie’s true humanity with signature John Hughes sentiment.

This early Tim Burton film – in which Paul Reubens launched his beloved if slightly creepy Pee-wee Herman character – is a tale about a very child-like grown man who sets off on a wild journey across the country after his treasured bicycle gets stolen. His quest leads him from quiet suburbia to the Alamo and on to Hollywood in what is one of the most iconic films of the ’80s. Tell ’em Large Marge sent you. 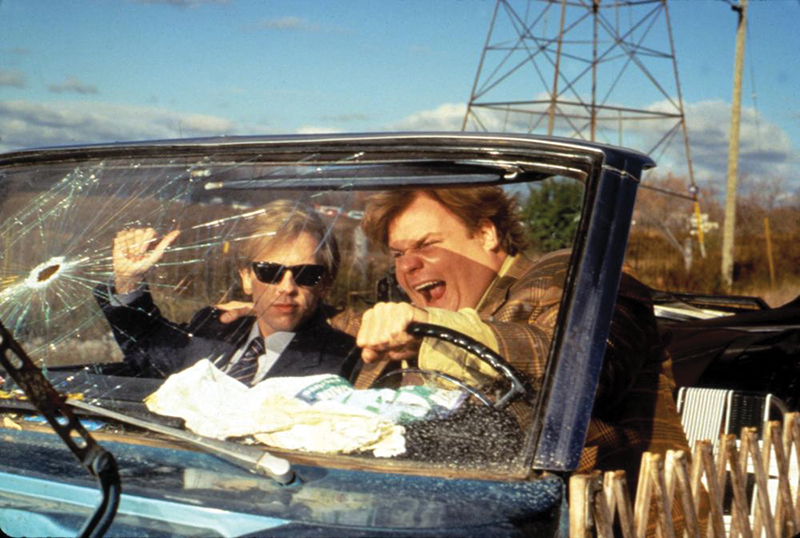 Among the funniest road trip movies ever made, and one that can be watched again and again and again. David Spade’s Richard plays stepbrother to Chris Farley’s Tommy, who has just inherited his father’s auto-parts company. Richard is desperate to sell the company and sets off on a journey to find a buyer – but sentimental dimwit Tommy, who’s determined to keep the family business, decides to tag along on said journey. A duel of epic comic proportions between the two characters ensues.

Set partly in Guthrie, Oklahoma – before Guthrie became the local film hub it is today – this Oscar-winning film is a moving story (ha!) directed by Barry Levinson and starring Dustin Hoffman as an autistic man, Ray, and Tom Cruise as his morally corrupt brother, Charlie. In the aftermath of their wealthy father’s death, Charlie takes Ray on a road trip across the country to attempt to control the family fortune by gaining custody of this new brother he didn’t know he had. 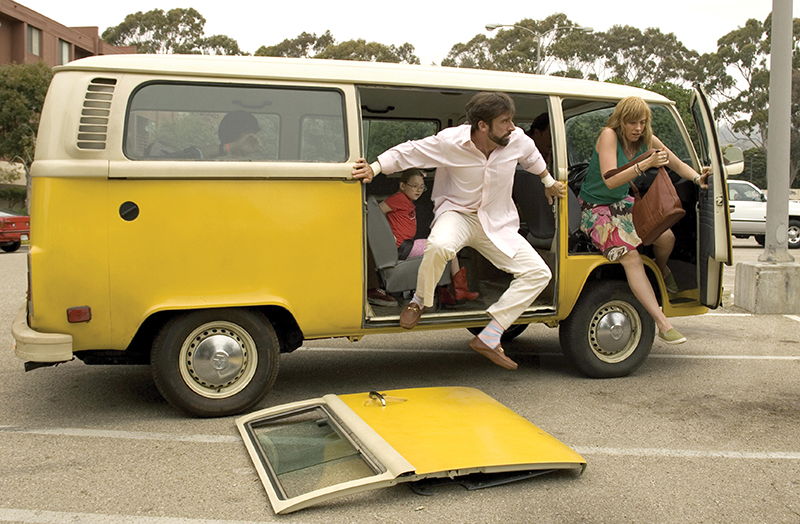 This indie film, starring Steve Carrell, Alan Arkin, Paul Dano, Toni Collette and Greg Kinnear, embraces the road trip genre, as well as the dysfunctional family film, in a wild adventure. In this film, each member of the Hoover family faces his or her demons as they rally around the youngest daughter, who is determined to win a children’s beauty pageant in California. This emotional film seamlessly oscillates from the hysterical to the heartfelt enough times that by movie’s end, you can’t help being grateful for your own family’s idiosyncrasies.