On Film: The Campaign Reel - 405 Magazine 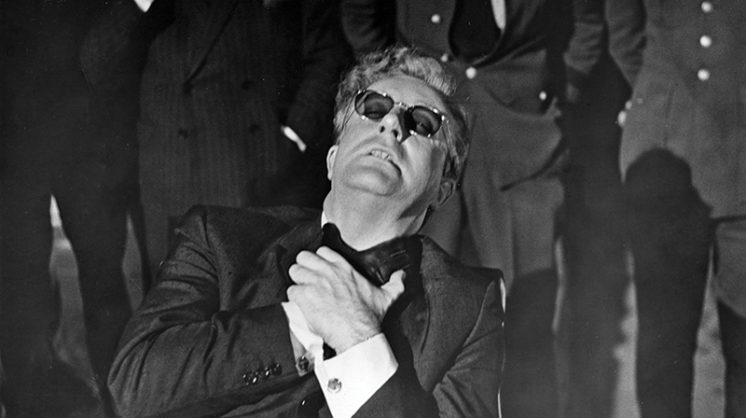 It’s tough to imagine how fiction could top the strangeness of the 2016 presidential campaign, but there is something to be said for politicking when the future of the free world isn’t at stake. We voted for some of our favorite political movies, and here’s our winning ticket.

Dr. Strangelove or: How I Learned to Stop Worrying and Love the Bomb

No one will accuse Oliver Stone of excessive subtlety, but that’s a good thing. It’s his over-the-top aesthetic that makes Stone’s left-wing offerings so undeniably compelling. Nixon, released in 1995 and featuring a gamely miscast Anthony Hopkins as the embattled prez, is Shakespearean tragedy as imagined by someone in the throes of an acid trip.

Less successful is W. (2008), which finds Josh Brolin portraying George W. Bush as a well-meaning dunce. The picture isn’t particularly measured or even comprehensible, but as propaganda it is eminently watchable. 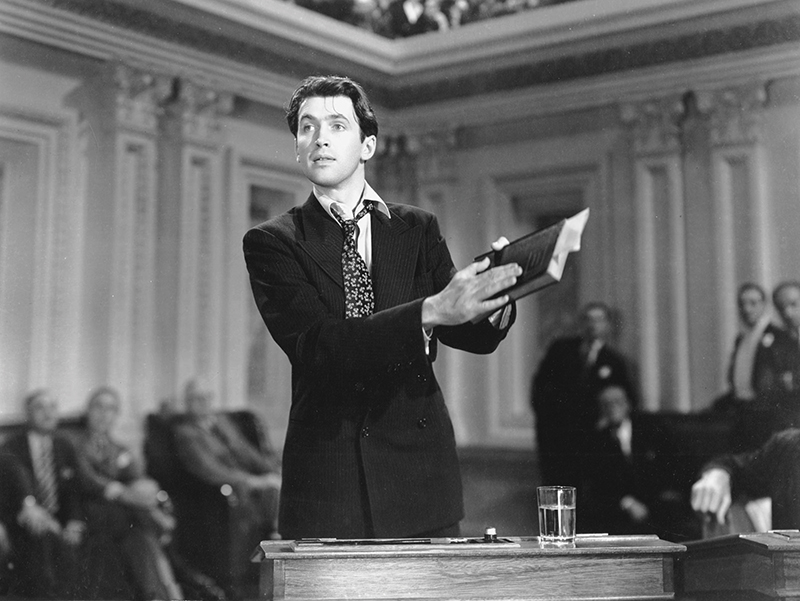 Jimmy Stewart is a small-town idealist taking on corruption in Congress – what’s not to love? Frank Capra’s populist fantasias were considered corny even in 1939 (hence the “Capra-corn” tag from some), but he knew it was a powerful antidote to cynicism. “What audiences respond to in Mr. Smith Goes to Washington is the humanity of a man who cares about something and is fighting for it,” Capra said years later. “When they see somebody fight for an ideal, it will always get ‘em right here, in the stomach.”

A Face in the Crowd

Forget Matlock. Andy Griffith was never better than in this Elia Kazan-directed melodrama about an aw-shucks TV star whose celebrity catapults him into becoming a politically ambitious megalomaniac. Sounds far-fetched, huh? As Lonesome Rhodes, Griffith approximated a media monster that resonates today as much as it did for audiences in 1956. 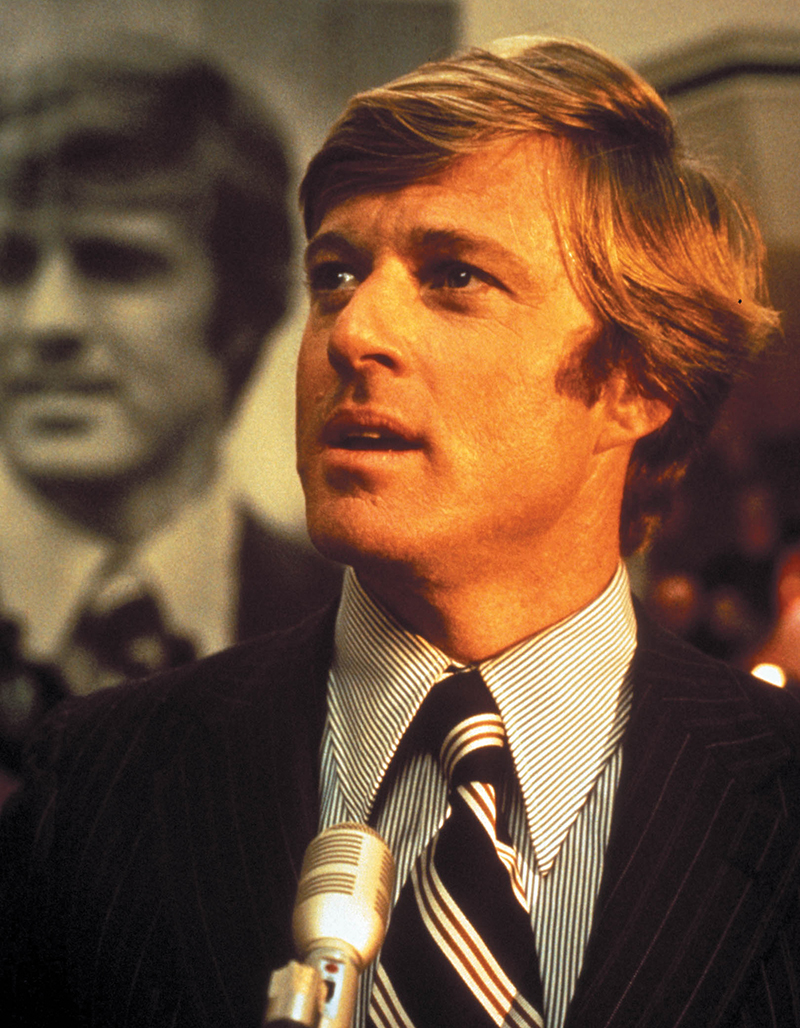 A 1972 time capsule that has maintained relevance, The Candidate stars Robert Redford as an idealistic California activist who takes on the quixotic quest of unseating an incumbent U.S. senator. But Redford’s character jumps into the race with the expectation that he will lose, a catch that allows him to be totally honest. The screenplay earned an Oscar for Jeremy Larner, who had been a speechwriter for 1968 presidential candidate Eugene McCarthy.

Director Hal Ashby’s 1979 satire is peripherally about politics, but its observations of the political arena are sharp enough to draw blood. Peter Sellers is Chance, a simpleton gardener who has spent his entire life on the estate of a rich recluse. When he is forced out and into the cold, cruel world of Washington D.C., Chance’s childlike ignorance is mistaken for genius. Sellers’ Oscar-nominated performance is mesmerizing. 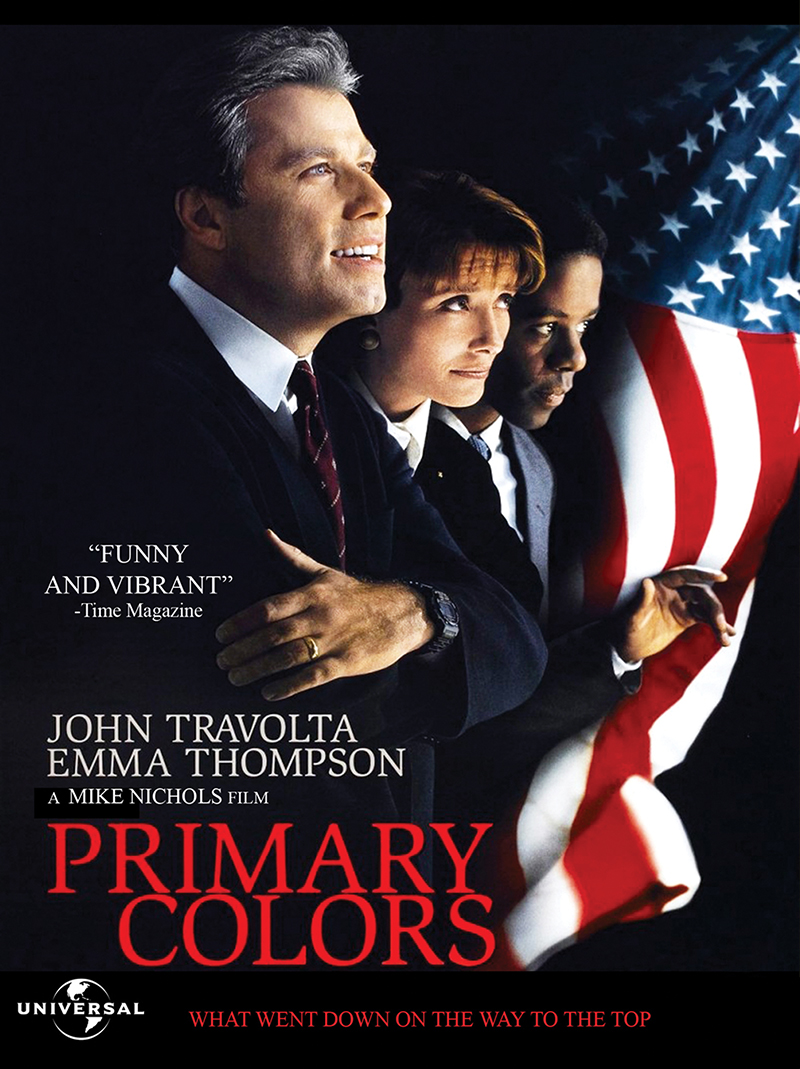 Director Mike Nichols and screenwriter Elaine May did justice to Primary Colors (1998), a bestselling novel and thinly veiled satire of Bill Clinton’s successful 1992 White House bid. John Travolta is fine as the philandering southern governor, with Emma Thompson his equal as a Hillary stand-in. The film remains a singularly incisive work about what we expect from our leaders.

Back in 2009, shortly before Armando Iannucci created the giddily motor-mouthed and profane “Veep” for HBO, the British TV writer-director created this giddily motor-mouthed and profane comedy for the big screen. Peter Capaldi, Chris Addison and James Gandolfini lead a hilarious ensemble in this expansion of Iannucci’s BBC series, “The Thick of It.” 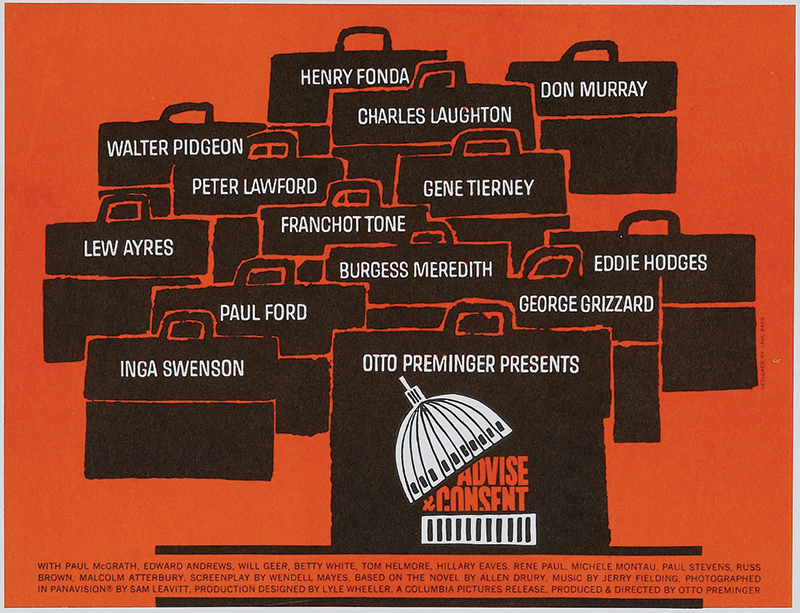 Otto Preminger’s 1962 potboiler about Washington D.C. wheeling and dealing has its flaws. The melodrama is often dated, particularly its depiction of homosexuality, but the gamesmanship of Beltway politics rarely was ever captured so well. And its sprawling cast — including Charles Laughton (especially memorable as a crafty southern senator), Henry Fonda, Walter Pidgeon and Franchot Tone — was extraordinary.