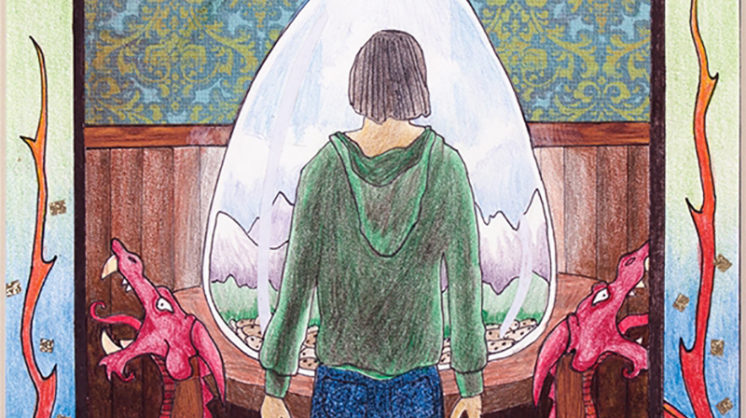 It’s one of the most classic structures in storytelling: everything seems ordinary and life is flowing along normally – until the protagonist stumbles across something unexpected and is thrust into a larger, stranger universe. Zak’s tale begins as a nine-year-old in New Mexico, and ends … well, that would be telling. Mixed-media artist Paul Medina has been a frequent weaver of short stories, and though “Enchanted Circle” is his first full-length novel, it’s been in the works for decades.

Characters travel between mysterious realms and wield magical powers, but (like a good fable) there are still real stakes and genuine loss; between talking with cats and setting out to destroy the Gaullidon, there’s a conversation in which a father haltingly apologizes for neglecting his son in the wake of his mother’s death, told with wrenching sincerity.

To start exploring this world, you’re invited to a signing at JRB Art at the Elms April 18 at 2 p.m.; Medina has an exhibit there this month called “Balancing Acts.” Once you get the book and meet the author – well, there’s no sure way to know where you’ll wind up, is there?