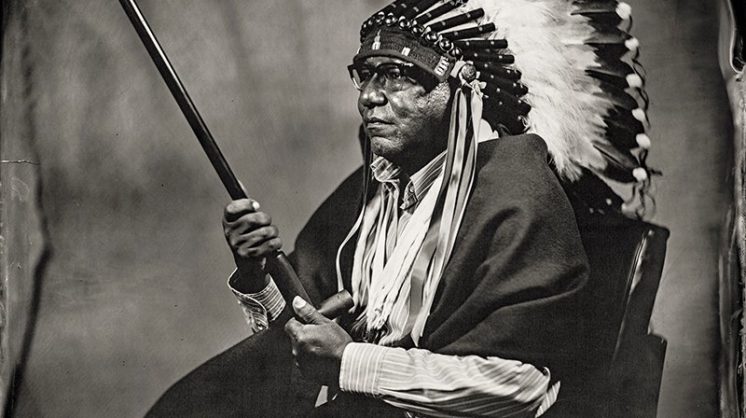 The camera, as the saying goes, never lies – but that doesn’t mean you should believe everything you see, because photographs don’t always capture context. See how different viewpoints can affect perception, and with it history, in the new exhibition Photo/Synthesis, on display through Apr. 2 at the Fred Jones Jr. Museum of Art on the OU campus.

Back in the early part of the 20th century, respected photographer Edward Curtis spent decades capturing Native Americans on film (well, on plates), resulting in a substantial impact on the public’s conception of these peoples. However, much of the time Curtis staged the pictures using clothing, postures and backgrounds of his own choosing – the photograph did not necessarily reflect the reality of the subjects’ lives.

So in this exhibit, Navajo camera-wielder Will Wilson visited Oklahomans representing seven tribal communities, and used special equipment including a Civil War-era lens to photograph them in order to get images that resemble those Curtis took. The difference is that Wilson invited his subjects to dress and act as they chose, essentially giving them co-authorship in the work. Curator heather ahtone calls the resulting images, “stunning portraits, full of aesthetic value and individual personality, that also include the voice of the subject as part of the image.” 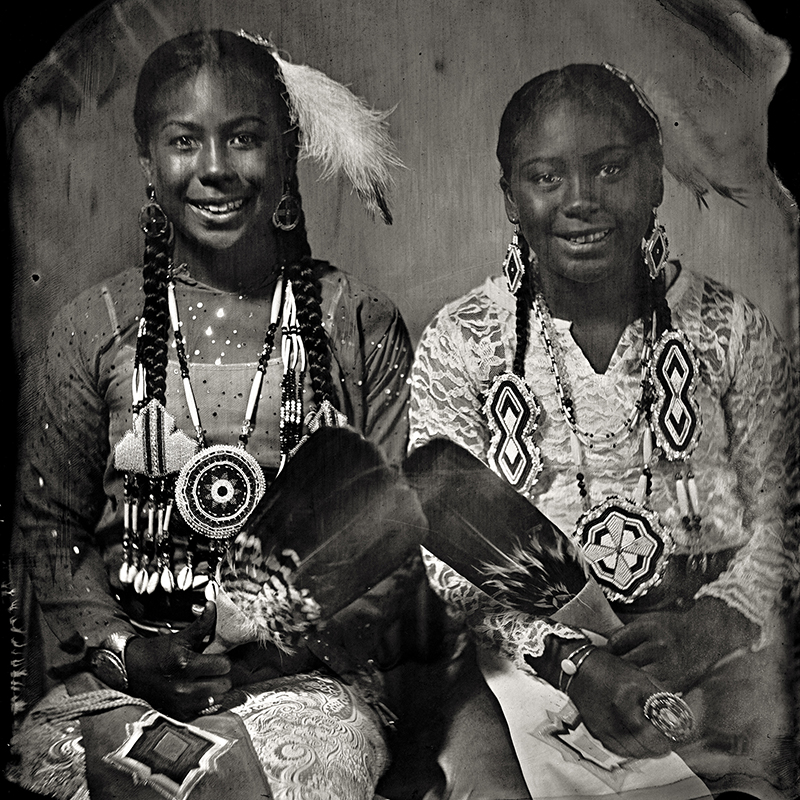 Photo/Synthesis combines inspiration with response by displaying 53 new photos by Wilson alongside 33 works by Curtis from the museum’s permanent collection – it’s a chance to see for yourself the cultural and historical value of letting portraits speak for themselves.