“Port Robertson: Behind the Scenes of Sooner Sports” - 405 Magazine 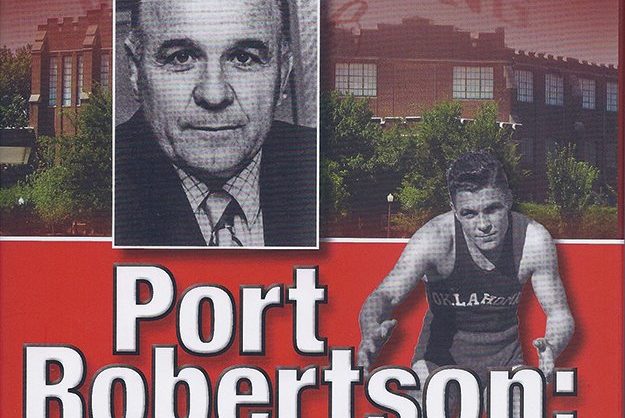 Giving the Spotlight to an Off-the-Field Sooner Legend

Most OU football fans can name most or all of the big “B”s: Bob (Stoops), Barry (Switzer), Bud (Wilkinson) and Bennie (Owen). Many can probably also remember that Wilkinson coached the Sooners to an all-time record 47-game winning streak back in the ’50s. (Not a lot of Notre Dame fans in Norman.) But as a new season begins, it’s a good time to peruse the Oklahoma Heritage Association’s newest release, Edgar Frost’s “Port Robertson: Behind the Scenes of Sooner Sports,” and remember that teams are bigger than one person, and collegiate athletics is about more than victories.

Port Robertson presided as OU’s wrestling coach over three national championship teams and nine conference champions and coached an Olympic team to three gold medals; he also served under Wilkinson as coach for the football team’s incoming freshmen. According to this biography, though, his most influential position was as an academic counselor and mentor to years and years of male athletes. Sometimes called “the school’s athletic sheriff,” Robertson sat in on study halls, routinely asked students about their grades, encouraged them to go to class and labored ceaselessly to encourage kids to develop into engaged learners and dedicated citizens. It’s no accident that one of the later chapters is titled “Everyone’s Father.” He didn’t yell or curse, but he never had trouble keeping students’ attention or making himself clear. Very clear. To paraphrase Santayana slightly, those who cannot learn from history are peaheads who can run the stadium steps a few times.