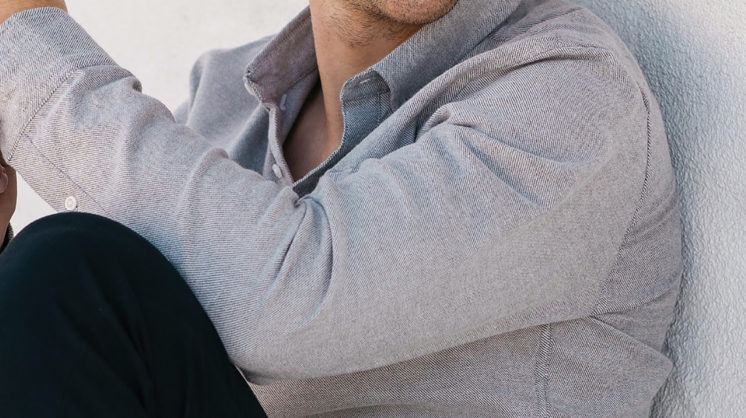 You followed your dreams all the way from Edmond to the bright lights of Hollywood; tell the folks back home about some of your successes. I’m fortunate enough to have appeared on a fair amount of popular television shows – “NCIS,” “Criminal Minds,” “Scandal,” “Bones” and “The Mentalist” – as well as a few movies with some decent-sized names attached. When I first moved to L.A., I stumbled into modeling and managed to land some print jobs for notable companies like Pac Sun, K-Swiss, T.J. Maxx, Hot Topic and Starbucks. It all sort of snowballed from there. I’m always working some type of gig, whether it’s acting, filmmaking, modeling, voiceover, commercials … whatever keeps me busy. That’s when I’m the happiest, just staying busy doing something I enjoy.

When did you become interested in acting? My dad would often take my brother and me to Kickingbird Cinema in Edmond, and funny enough, it was there that I fell in love with film. It may be just a small, local theater, but I am forever grateful to it for kickstarting my passion. It wasn’t until my late teens that I decided to pursue acting – mainly to gain confidence, because I was extremely shy.

You were shy? What was it like performing for an audience the first time? Oh boy, I think the first time I ever performed was in a 5th grade play of “Oklahoma,” and all I can remember was how much my knees were shaking. To be honest, I often still get nervous, but have learned to channel it in ways that can help my performance.

You were recently named Oklahoma’s “Young Creativity Ambassador.” How did that make you feel?  It’s truly an honor. I tell people all the time: The values I’ve gained from Oklahoma, I wouldn’t trade for the world. In so many ways, they’ve gotten me where I am today. I am very humbled my home state sees me [as] worthy enough for the title. It fuels me to work even harder, and to always remember where I came from.

For more of our conversation, including what Kerr misses most about Oklahoma and where to see his work onscreen, check out the extended article at 405magazine.com/July-2019/JAKerrQA/.