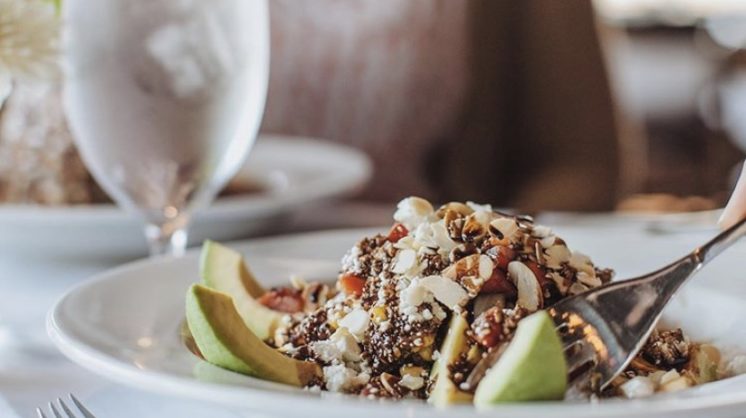 For Easter dinner this week, medical professionals at three hospitals — the University of Oklahoma Medical Center, SSM St. Anthony Hospital and Mercy Hospital — will be the first diners to experience Waytable, a nonprofit project that pairs local restaurants with hospital departments.

Matt Wills, Andrew Rice, Keith Paul and Ben Nockels originally planned Waytable as a fully functional restaurant that would provide jobs and training to young people who, in the words of Nockels, “had been affected by the justice system,” which is to say, were at-risk youth.

“Over the past year, Keith (Paul) has been the consistent voice of caution about opening a new restaurant,” Nockels, co-owner of Commonplace Books, said. “When quarter one this year was worse for hospitality than any quarter last year, his advice seemed even more realistic; it was clearly the wrong time to sink $750,000 into a restaurant.”

The COVID-19 crisis provided an opportunity for the team to consider other uses for the network and resources they have been aggregating. In short, they saw an opportunity to “leverage the 501(c)3 status, donors and industry relationships toward the crisis at hand,” according to Nockels.

“Matt Wills saw a story about a group in San Francisco taking care of front-line medical workers,” Keith Paul, founding partner of A Good Egg Dining Group, said. “Andrew and Matt had asked me to be on the board, primarily to offer advice and consulting about restaurant information, and I advised that the beginning of the year was not the best time to start a new restaurant, but that we should keep working on a model and not settle for something less than we wanted.”

That San Francisco project inspired the conversation that led directly to Waytable, a project that will allow local restaurants to provide excellent food to hospital staff on the frontline of the COVID-19 crisis.

“We could cost everything out and provide the cheapest food possible with the donations,” Nockels said, “but that won’t help local restaurants.”

Rather than deliver “a sandwich, string cheese and a small can of mandarin oranges,” the participating concepts will produce restaurant-quality meals for about $12 a plate. That can help pay employees and bills in a time when the industry is experiencing catastrophic losses across the country. To facilitate the purchase of the meals, the team has set up a GoFundMe, but it’s most easily accessed via Waytable.org.

“One hundred percent of the donations go to local restaurants to put the meals together,” Nockels said. “Our original goal was $75,000 and we’re about halfway there. We’re excited that most of that has been $20, $50 and $100 donations from regular folks who just want to help. We’re seeking out larger donations and even grants from foundations, but we’re getting started this week.”

“Food groups are ideal because we need the partners to be able to do 50 meals at a minimum,” Nockels explained. “This weekend, we’re doing 300 Easter dinners, so the scale is a lot for a mom-and-pop operation.”

Paul said Cheever’s is busy with Easter orders this weekend, but the other three AGE concepts will be participating. Nockels said the plan is to deliver a traditional fried-chicken dinner to all 300 hospital workers.

“We looked at what we could do as a team and taking care of the people who are caring for our most vulnerable seemed a great way to leverage what we’ve built,” Nockels said. “We’re excited to be able to provide an Easter dinner to the people who are bearing the brunt of this crisis.”

The model moving forward will be to deliver meals as often as donations make it possible. Paul said a coordinating group will determine the meals and the concepts, as well as handle communication with the restaurants, scheduling and delivery.