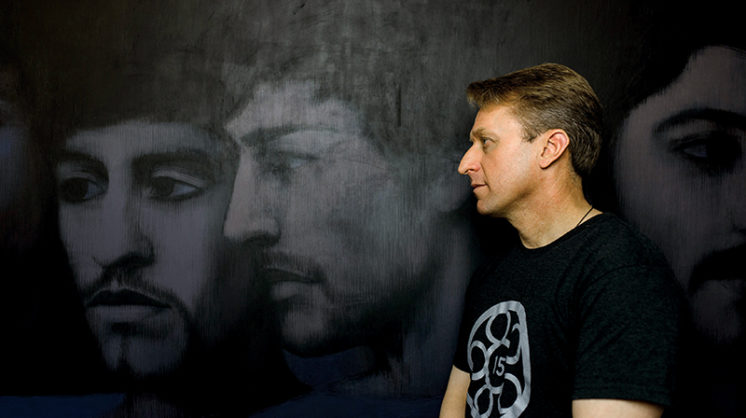 If you know the name Richard McKown, it’s probably due to his prolific and highly successful real estate developments of late in downtown Oklahoma City. But before he was a developer, he trained and practiced heavily in visual arts, focusing on drawing and sculpting. In the past several years, he has been exploring painting, some examples of which have been revealed at Artspace at Untitled in an exhibition that opened Nov. 20.

Level, Mosaic and the OKSEA project on the hill overlooking Bricktown are all recent, thriving land and building developments of McKown’s company, City Center Development.

And on the near horizon is their creative repurposing of the Rock Island Plow Building in Bricktown. That long-vacant building – dating almost back to statehood – will be transformed into an office building called The Plow, which will see its first tenant in place early in 2016.

Before he came home to Norman and joined his family in real estate development, McKown got his undergraduate degree from Kansas City Art Institute, and then a master’s degree in sculpture from Boston University.

After spending four years in France “as a starving artist” finely honing his creative gifts in visual art, he returned to Oklahoma and entered the family land development business. At the same time, he opened his studio in Norman and began sculpting works that dot Norman and Oklahoma City. Now his paintings are in the public eye with the current show.

Contemporary art has purposefully avoided religious themes, McKown says. And he has departed from that expectation by creating a contemporary, yet decidedly Christian two-panel work he has titled “A Last Supper Painting.”

The work also departs from the traditional approach that artists over the centuries have taken when they paint or draw their interpretation of the Last Supper: depicting the whole room, or at least complete body figures of Jesus and his disciples.

“The Leonardo Da Vinci idea is just overwhelming as the Last Supper,” McKown says about the difficulty of breaking out of artistic tradition that many hold onto tightly.

Instead, this work only shows busts of those at the meal, and it is not obvious which one is Jesus and which particular disciples the other 12 are supposed to be. 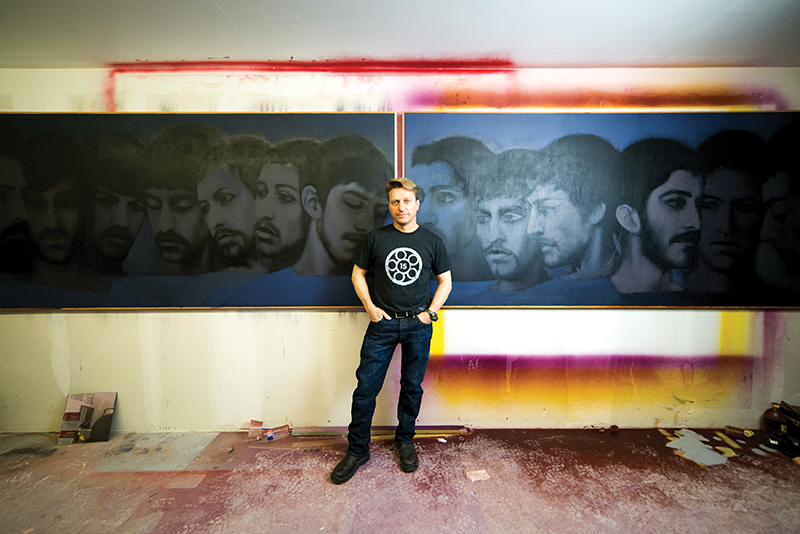 Furthermore, McKown’s work departs from traditional artist’s renderings of the Last Supper in that it’s very dark in its entirety, using deep blues and blacks as the dominant colors.

Designed to fit into a large space, such as walls in a sanctuary or the worship area of a church, each of the panels is four feet tall and 10 feet long. And each of the heads of the 12 disciples and Jesus measure about three feet tall.

Other paintings in the show depict local individuals who McKown knows personally. He uses the singularity of color in each piece to set the stage for the detailed studies of their faces and unique postures.

Laura Warriner, founder of the gallery Artspace at Untitled, pushed for the show because she believed that McKown is a significant artist, yet not often recognized in Oklahoma City due to his heavy real estate activities.

“I think he’s a wonderful painter,” says Warriner. She said that she wanted Oklahoma to recognize McKown not just as a real estate developer, but a significant artist, as well.

Richard McKown’s art will be on display through Jan. 10 at Artspace at Untitled, 1 NE Third Street in Oklahoma City. For more information, call 815.9995 or visit artspaceatuntitled.org.