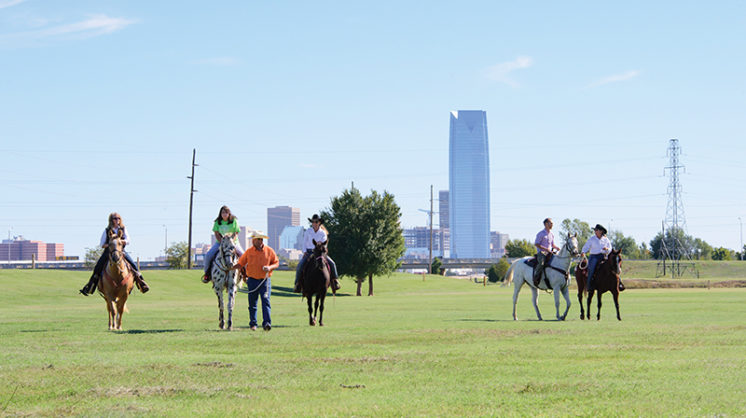 Some of the finest moments in life begin with treasures rediscovered from the past. They can start with an old record album found in the back of a closet, a favorite book hidden on a shelf, a musical instrument or a well-worn jacket. We pick them up, dust them off, turn them over and remember the feelings. They remind us of who we are, where we came from and what we did. They offer a restful reprieve, a time to reflect and rebalance.

Those moments are important to us, and Oklahoma City recently discovered how important they can be to communities, as well. The city’s moment came when leaders recently announced plans for a city park dedicated to horses and the central role they have played in our western heritage.

Important in Oklahoma’s early settlement, the horse continues to be an iconic figure in the state’s western culture. So when the city designated an expanse of land between the Oklahoma River and the Oklahoma National Stockyards as the site for its new park, the idea seemed like a natural fit.

Oklahoma City is widely considered the horse show capital of the world. In addition to State Fair Park, horses are celebrated at Remington Park and the National Cowboy and Western Heritage Museum, and will soon be part of the American Indian Cultural Center and Museum.

But this venue will be different – because it will bring horses and a hands-on experience to an urban setting with the OKC skyline as its backdrop. The planned Oklahoma River Horse Park will offer residents and visitors opportunities to touch, hear, feel and experience horses the way the earliest Oklahomans did more than a century ago.

The $14 million development just east of Exchange Avenue will be built on land managed by the Oklahoma City Parks and Recreation Department. Once complete, it will become another jewel along the Oklahoma River. Plans include a riding stable, outdoor and indoor performance arenas, a corral, a polo field, a carousel and a welcome/visitor center. It will enable residents and visitors to rent horses and enjoy miles of riding trail up and down the river’s south shore. 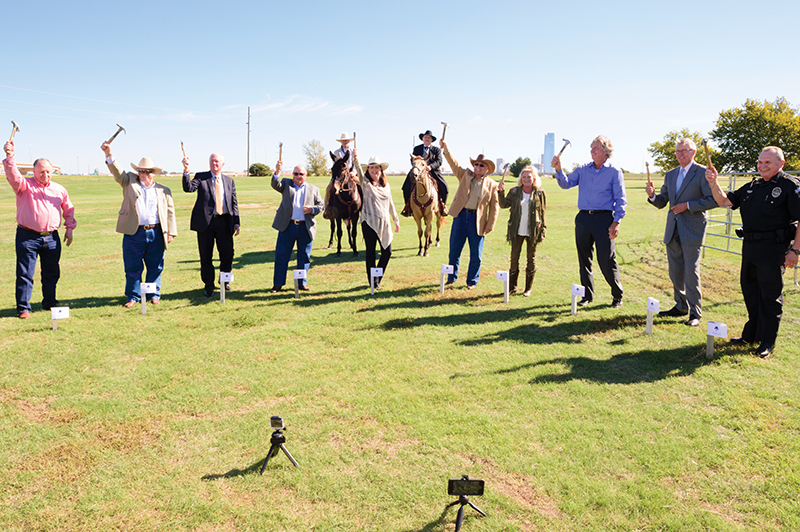 City leaders and park advocates announced development plans at a recent staking ceremony that captured the imagination of an entire community by highlighting the western spirit that makes Oklahoma City unique. Artisans demonstrated how they work with leather and western hats, a horse-drawn carriage circled the grounds, hands served breakfast from a 100-year-old chuck wagon and a couple of television reporters went horseback riding.

“Oklahoma’s heritage is uniquely tied to horse culture,” says Rhonda Hooper, chair of the Oklahoma River Horse Park Task Force. “This is the first step in a broader vision to create a fully realized equestrian center in the heart of the city, a mile away from the State Fairgrounds and just steps from the historic Stockyards City.”

While it is nowhere near complete, the 20-acre park is already open for use. Horse owners can trailer their horses in and ride a trail around the circumference. Meanwhile, leaders have launched a multi-year effort to raise public and private funding to build the facilities and complete the vision in stages, Hooper said.

While the park remains a work in progress, it is already an important resource for the river district, added Oklahoma City Parks & Recreation director Doug Kupper.

“This is another step in the diverse recreational opportunities envisioned for the Oklahoma River,” he says. “It’s a place where local riders can enjoy a day out along the river, or riders traveling with their horses can take a break and stretch their legs for a bit.” 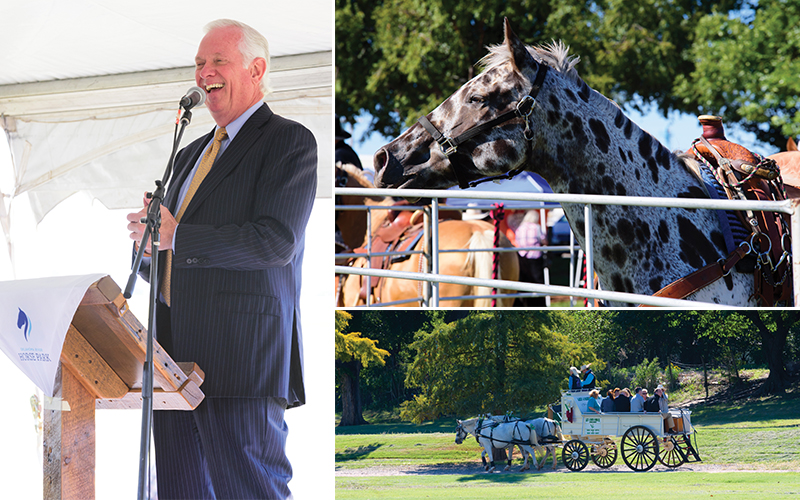 The park also will be a place for the public to experience Oklahoma City’s western heritage.

“We envision being able to introduce our recreation program participants to horseback riding and horse-related activities, helping our young people learn a new skill while connecting with Oklahoma’s rich horse history,” Kupper says.

Once complete, the city will have an urban horse park that is unique, offering activities and learning opportunities to people who want to rediscover OKC’s western tradition and culture.

The Oklahoma River has become a magnet of activity for Oklahoma City residents and tourists looking for fun and excitement,” says Oklahoma City Councilwoman Meg Salyer. “The horse park is destined to be the next big attraction along what is becoming a national destination point.”