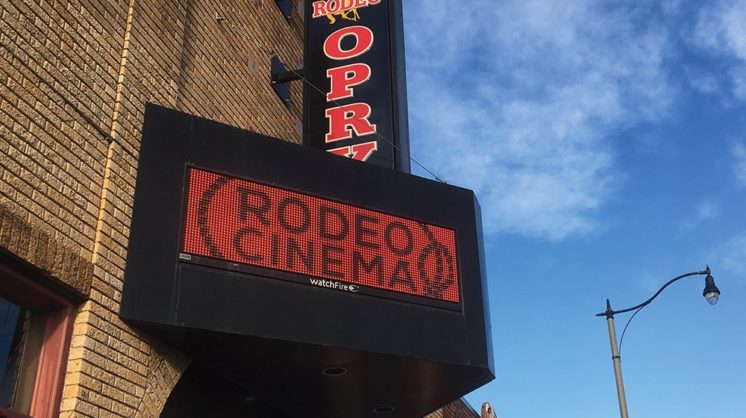 When The Shape of Water won the Oscar for Best Picture, had you seen it? Guillermo del Toro’s vivid fantasy romance didn’t make much of a splash in OKC theaters … but it ran for months in Tulsa’s Circle Cinema. That nonprofit theater is the 918’s beloved landmark for cinema fans seeking an expertly curated selection of independent, foreign and documentary films that can often be difficult to find in multiplexes. It’s also the inspiration for and sister to the new Rodeo Cinema in Stockyards City, soon to be bringing more film variety to the 405.

Phase I is located in the Centennial Rodeo Opry, at 2221 Exchange. Renovations are currently underway of the 1928-vintage theater space – including the installation of a massive 1924 Wurlitzer organ for the occasional silent movie – and if all goes well, it may open to the public this month. Phase II will be new construction: a facility at the corner of SW 13th and Agnew that will house two screens, and is aiming for March 2019 as its christening date.

For fans of the local film scene, it’s great news that Rodeo Cinema’s director is Kim Haywood, longtime head of programming for the deadCenter Film Festival. She’ll be working with Circle president and cofounder Clark Wiens to bring a similar spate of movie offerings to OKC – and perhaps most exciting is the revelation that this won’t be a now-and-then special occasion undertaking. Haywood said their goal is to operate seven days a week, with screenings running all afternoon and evening. It’s an ambitious undertaking, but if Rodeo Cinema can rustle up enough interest among film aficionados, it’s poised to become a new highlight for Stockyards City. Check out rodeocinema.org for details and schedules.