Round About Way - 405 Magazine 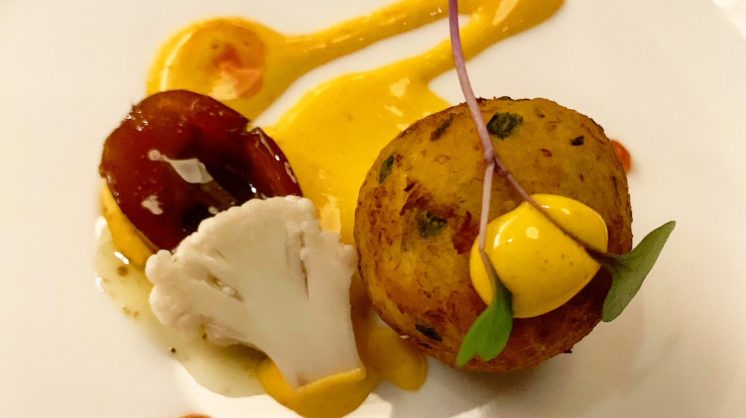 Sitting in Reata, downtown Fort Worth’s popular destination for Southwest cuisine, I thought a cultural singularity was imminent when I heard George Strait’s voice on the playlist. Had it been “Does Fort Worth Ever Cross Your Mind,” the singularity would have been achieved. Alas, it was “Round About Way,” so while it’s catchy – and it’s still George Strait – the tenderloin tamales, one of Reata’s signature dishes called louder for attention.

The restaurant is a fixture in the city’s foodscape, with stellar service, hearty dishes, and a beautiful rooftop patio that’s open when the weather permits. The full bar serves a wide variety of cocktails, including signatures like Fort Worth Old Fashioned with Knob Creek, and a $50 margarita that may force you to choose between food and booze. It’s Texas, so you can have calf fries, elk sausage, an abundance of dishes with pepper, and of course steaks and tamales. 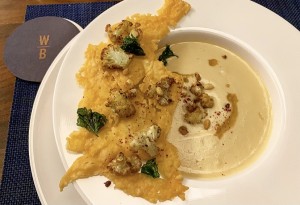 Reata is a short walk from The Sinclair, one of Fort Worth’s art deco buildings in the area around Sundance Square. Built in 1929, The Sinclair started as a bank before becoming an office building. Now part of the Marriott Autograph family, ultra-modern tech is fused with art deco elegance to create a unique hotel experience.

Every room is outfitted with a touch panel that controls lighting, blinds, curtains and temperatures. The shower relies on Kohler’s touchpad technology to control colored lighting, three shower heads to choose from, and water temperature. 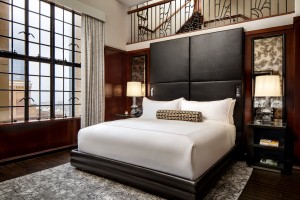 Any idea how hot you like your shower? You’ll learn at The Sinclair. It starts you out at 100 degrees, which is 11 degrees cooler than my preferred 111. The rooms are spacious and well-appointed, and an Old World elegance manages to absorb the obtrusive technology to create an atmosphere of comfort and an illusion of escape from the noises of the city. 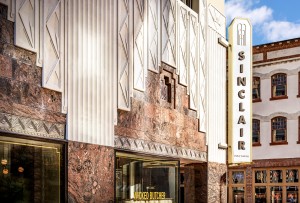 Inside the hotel is the Wicked Butcher, a steakhouse from DRG Concepts – a Dallas restaurant group – that quietly reopened on Nov. 21 last year after being closed due to COVID only a couple months after opening. Built on two levels, the ground floor functions separately as the hotel’s lobby bar, and main dining is in the basement level. Upstairs is a modern American restaurant-bar vibe, which continues to the open kitchen format downstairs. But, the main dining has more of a Vegas steakhouse feel than modern American – that’s not a criticism. It’s comfortable, beautiful, and spaced out enough to diners’ comfort in a COVID era.

The food is excellent, most notably the tuna and salmon tartare with mushroom “caviar” and avocado, and the indulgent, over-the-top cream of cauliflower with pecorino tuile. The bone-in filet was perfectly cooked and served with rosemary demi, but the star of the show was a brûléed creamed corn.

After dinner, one of Fort Worth’s favorite cocktail destinations is a few-minutes walk from The Sinclair. Like Wicked Butcher, Thompson’s Bookstore – a cocktail lounge and speakeasy – is built on two levels in a historic building. Built in the early 1900s, the building has been home to a hotel, pharmacy, clothing company and coffee roaster. Thompson’s has the ground floor and basement, but for the “speakeasy” vibe, you’ll want the downstairs, which you enter through a faux bookshelf behind the hostess stand. It’s appropriately kitschy, but it wouldn’t matter if they used newspaper for wainscoting because the cocktails are stunning. The bartenders clearly know their craft and the prices won’t scare you away like they can in Dallas.

Speaking of Dallas, downtown Fort Worth has managed to do something that its big brother to the east has thus far failed at: develop an entertaining, walkable, well-lit district with shopping, dining, drinking, beautiful hotels, arts and entertainment.