Think of how many times you’ve seen this: a woman, along in her years, driving with her husband as the passenger. I’ve seen this arrangement thousands of times and until lately, I’ve never really given it much thought. Maybe they’ve always traveled that way. Maybe she has better eyesight than her spouse. Maybe she has cat-like reflexes behind the wheel. Maybe he’s an inflatable decoy.

Or maybe she’s a gal who saved her marriage (and neck) with the words, “ … then move over and I will drive, Magoo.”

Nothing about my husband’s driving has ever suggested that he gives a flip about the safety of his terrified passengers – or that he even took driver’s education, for that matter. There’s an entire set of rules (and barf bags) that accompany any ride in the car with him at the wheel. As a service to those of you who share the road or – God forbid, share a ride – with him, I’ve listed them here.

No matter the road or traffic conditions, my husband has two speeds – Andretti or Sunday Driver – which he simultaneously maintains with a relentless jerk-and-release pumping maneuver on the gas pedal that keeps Dramamine in business.
The rule: Do not point out the spiking and plummeting RPMs on the display panel, as doing so will only take your eyes off the horizon.

In his Andretti mode (which kicks in any time he’s expected somewhere), he’s been known to try to beat the railroad guards on their way down, jump curbs for a possible back road shortcut, or simply drive down the street in the direction of oncoming traffic, in the interest of time.
The rule: Avoid funnel cake, Indian tacos or Sonic Route 44 cherry slushes before getting into the car with this man.

In his Sunday Driver mode (which kicks in any time someone else is expected somewhere), he routinely turns May Avenue into his personal school zone. In response to the jerks who dare proceed past us at 40 mph (the posted speed limit), he will motion for them to “come on” as he announces, “I guess he’s in a big hurry to get to that red light.”
The rule: Do not call him “grandpa” or “Magoo.” This will only agitate him back into Andretti mode.

The man will not turn on the windshield wipers, so everyone in the car gets The Fly effect, which turns any set of oncoming headlights into the Pink Floyd Laser Show. Asking him to turn on the wipers will provoke an audible “humph!” and, in a show of defiance, he will turn them on at the hummingbird setting.
The rule: If the Laser Show lights suddenly turn red, it means those stopped cars are only 20 feet ahead of you and Mr. Andretti. You must operate the wipers from the passenger’s side. And then you must scream.

A few weeks ago, my husband ignored my very vocal warning about an oncoming SUV and pulled onto May Avenue, right in front of it. The SUV appeared to have been shot out of a cannon and, if the Mighty Oak could turn his head to the left, he might have seen it careening our way.

Instead, in Sunday Driver mode, he crept onto May, causing the speeding SUV to jam its brakes. As luck would have it, behind the wheel of the car beside us was Sunday Driver Two. My husband and his counterpart had unwittingly hemmed in the SUV, which, we would later learn, had been stolen moments before.

As my husband inexplicably covets the left lane, he wasted no time getting there, oblivious to other drivers. Sunday Driver Two then oozed into the right lane. All the while, the carjacker behind us grew increasingly weary of this choreography (how I feel his pain) and took the first opportunity to veer the SUV onto the first residential street in his getaway path. In his haste to get off the road he was sharing with my husband, he plowed into a parked car and, subsequently, was apprehended.

Naturally, my husband takes full credit for foiling the crime he never saw.
The rule: Do not steal an SUV and think you’ll get away with it when the Sunday Driver is on the road. 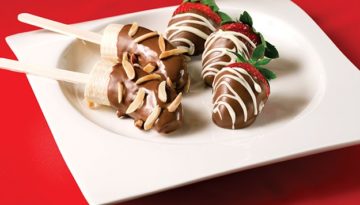