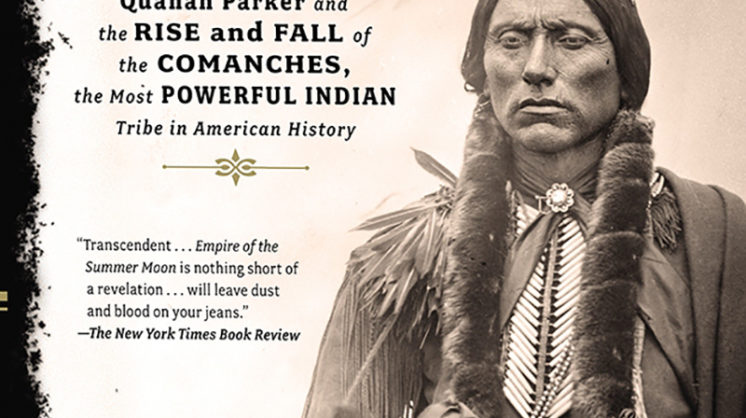 On August 9, 1957, the last (and arguably greatest) Comanche chief, Quanah Parker, was buried in the Chief’s Knoll section of the Fort Sill Post Cemetery in Lawton, Oklahoma. If you’re wondering why this burial took place almost 50 years after Parker’s death, the short answer is that the expansion of a missile base necessitated the relocation of the Post Oak Mission Cemetery, where Parker and his mother had been interred.

If you’ve never heard any of the details about Parker’s life, then “Empire of the Summer Moon” by S.C. Gwynne is a great choice as both an introduction and encompassing examination of his life. It’s also the story of the Comanche as a people, and the American West as both a region and an era in time. Even if you’ve studied Parker and think you know a lot about him, chances are this book will give you more to think about, thanks to Gwynne’s effortless weaving of issues and events.

Winner of both the Oklahoma Book Award as well as the Texas Book Award (both states have claimed credit as Parker’s birthplace), “Empire” was also a finalist for the Pulitzer Prize. Gwynne’s meticulous research and fully constructed background are second only to his novel-like treatment of his subject’s life, which, admittedly, is pretty interesting without dressing it up. The story of Cynthia Ann, Parker’s mother who was abducted from a Texas settlement by the Comanche as a child, was the subject of John Ford’s seminal Western “The Searchers,” just to name one of the many extraordinary episodes from Quanah Parker’s story.

An engaging and educational choice for one last beach or poolside read.