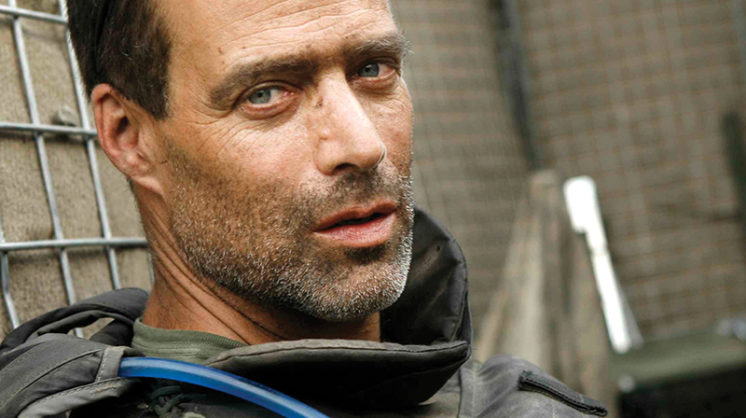 The siege of Monrovia in Liberia, wildfire in the American West, guerilla war in Afghanistan, hostage-taking in Kashmir, the raging sea off Nova Scotia … Sebastian Junger has been in tight spots and harrowing situations around the world, and brought them to readers with dazzling clarity and unflinching realism. His visit to Oklahoma City this month will be considerably more pleasant while still thrilling for fans, as he’s the featured speaker for the 2016 Literary Voices dinner April 14.

Catherine Armitage, who’s chairing the event along with Karen Delaney, calls Junger “a riveting speaker” and says “We are honored to bring his captivating worldview to our podium at our fundraising event this year.” Junger’s name should be familiar to bibliophiles and cineastes alike, as he dominated bestseller lists for years with his debut The Perfect Storm and co-directed the Oscar-nominated documentary Restrepo. His latest book, Tribe, deals with PTSD and the aftereffects of combat and is due out in May. For this event, he’ll be speaking on “The Front Lines of History: 20 Years of Reporting From Around the World.”

“I think it’s going to be really interesting,” says Kim Terry, director of marketing and communications for the Metropolitan Library System, “it’s going to be a fun event.” Junger’s invite was the result of audience request, she said: “He’s always been top on our list. We put some nomination cards out on the tables, and he made it to the top two years ago, and [this year] he accepted our offer.”

The event also honors Steve Payne with the Lee B. Brawner lifetime achievement award, and the Junior League for its 10-year focus on promoting literacy.

Terry explains that proceeds “go to capital improvements for our libraries; helping to build a new library out in Jones, helping to offset some of the costs of a new Capitol Hill Library.” So participation in this event directly helps the community as a whole – for tickets, visit metrolibrary.org/literaryvoices or call 606.3760.