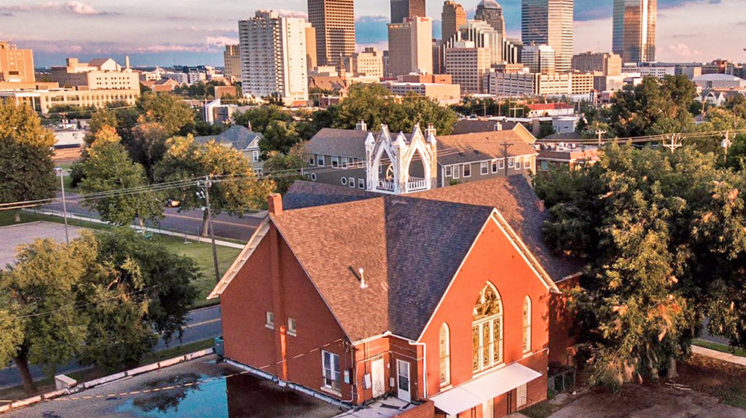 For the first time in more than 40 years, a church congregation will host Easter services at the old German Methodist Church at NW 8th and Lee in Midtown. Chris Pollock is the pastor of 8th Street Church, a Nazarene congregation that has been meeting at City Presbyterian for the past two and a half years, and he said services this Easter will be the beginning of the church assuming its normal schedule in its new home.

“We’re actually a 5 p.m. church,” he says. “That was necessary at CityPres, but we like the idea of people spending their Sunday mornings enjoying each other’s company, mowing the grass, sleeping in. We’ll have two morning services this Sunday, and then it’s back to 5 p.m. the following week.”

Pollock investigated the concept of parish-based ministry while a graduate student at Nazarene Theological Seminary in Kansas City. The idea is to act as a pastor in a neighborhood and serve the community, not plant churches in areas simply because they’re growing or easily accessible. Pollock, his wife Holly and their two teenage children – a boy and a girl – relocated to the Linwood neighborhood three years ago to “get as close to downtown as we could afford.”

“We’re ready for the kids to graduate so we can sell the house and move into an apartment downtown,” Pollock says. “We’d been watching what’s happening in Oklahoma City over the past several years, and I was very aware that there are large swaths of the city where our denomination had little or no presence.”

With support from Bethany First Church of the Nazarene, where he served as youth pastor, Pollock started planning a move to the urban core. During the interview, we asked whether Midtown or downtown actually needed another church, as there are a half dozen within a short-to-medium walk from 8th Street Church.

“I don’t know,” Pollock says. “We met with most of the church leaders, and they were enthusiastic about us coming down here. ‘Come partner with us,’ is what they said. I want our tradition to get back to its original distinctives – poverty, addiction, care for the poor – and this area is a great place to do that.”

The Nazarene Church was originally founded in Pilot Point, Texas, and the original focus was on the poor and those caught in cycles of addiction, especially alcohol. The denomination is teetotaling to this day, and, as part of the larger Holiness Movement, they tend toward political and theological conservatism. We asked Pollock about ministering in one the city’s “bluest” areas.

“I try to tell our story, the Nazarene story, as often as possible,” he says. “I tell people about the reconciling work in the earliest parts of our history, and I guess I see this as a chance to redeem that story. We have traditions that line up with the left and the right politically, and no one Nazarene speaks for all Nazarenes.” 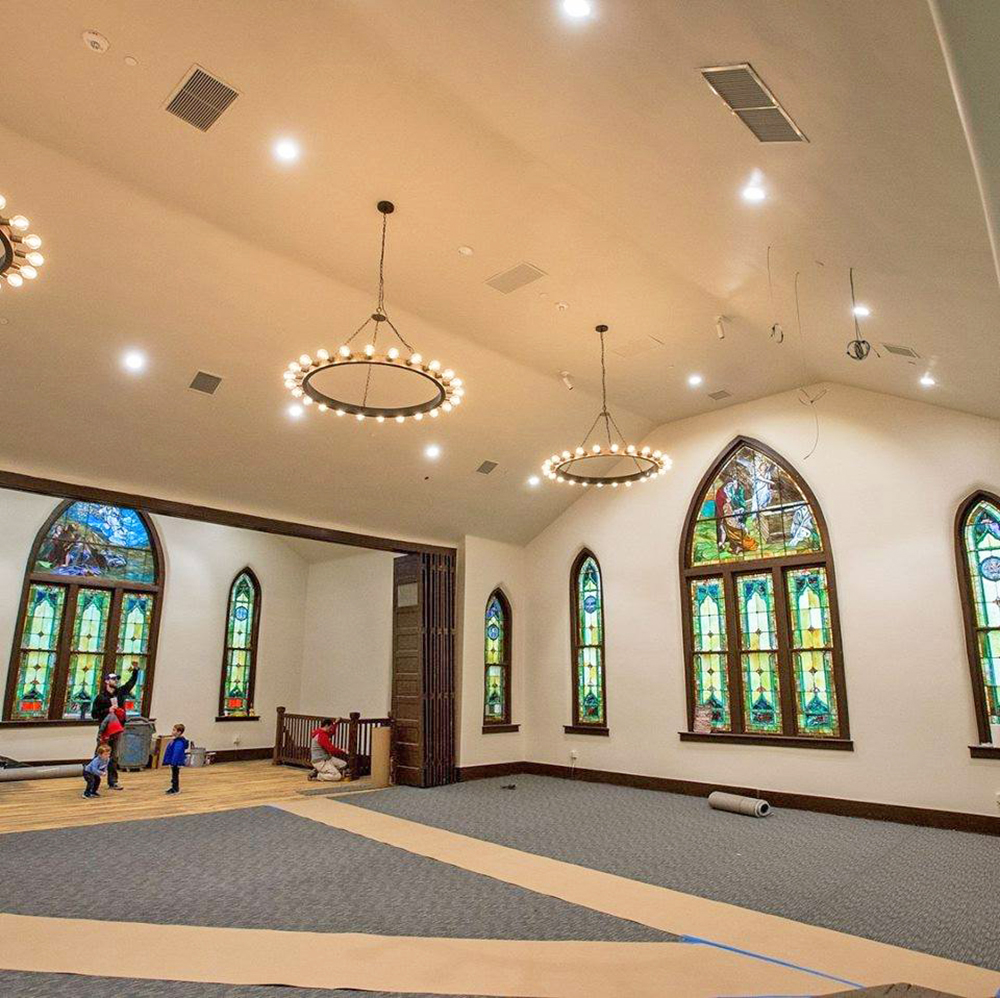 The denomination as a whole is also staunchly traditional when it comes to issues of human sexuality, including LGBTQ issues. Pollock answered slowly and thoughtfully when we asked about the denomination’s position.

“I’m always curious about how we can be as hospitable as Jesus,” he says. “If we intend to be a congregation living in the way of Jesus, then we need to welcome people, to be hospitable, to listen carefully, and then speak in a grace-filled, redeeming way.”

A few Nazarene congregations in the city have carved out what they consider a safer space of sorts for LGBTQ members, but pastors are prohibited from marrying same-sex couples, and gay men or women in same-sex relationships would not be eligible for church leadership positions. Pollock is limited in what he can say, but he did speak at length about the Nazarene potential as a “third way” tradition, following in the footsteps of the founder of the Methodist Church, John Wesley.

“One of Wesley’s last conversations was with William Wilberforce, the great abolitionist, who helped end slavery in England long before it ended here,” Pollock said. “We have a long tradition of social justice, of carving a path between left and right. We want to partner with other churches and organizations down here to minister to this community.”

There will be an open house from 10:30 a.m. to noon at the 8th Street Church, 701 NW 8th, on Saturday, March 31, and Pollock said everyone is welcome to come by and see the renovations.

The total ticket price on the purchase and renovations was $1.7 million, and the church embraced the 8th Street name because, according to Pollock, that was always part of the church’s name throughout its history in one form or another, beginning in 1907 and up until it closed in 1975.

More information is available at midtownchurchokc.org, which was the church’s temporary name before it decided on the current 8th Street identity.