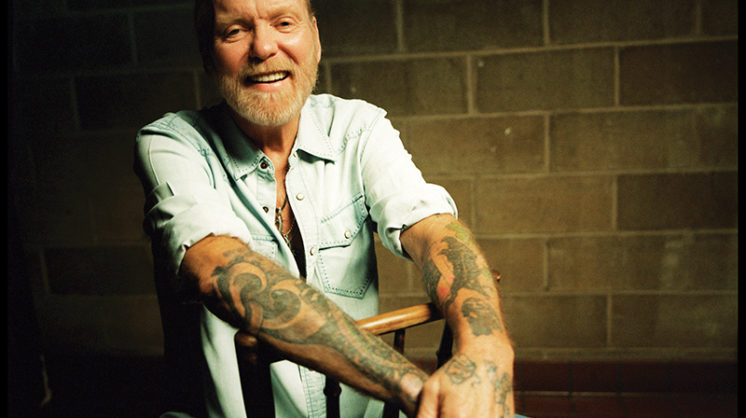 Some lives are so rich, so eventful, that you hope that generations that follow will never forget how amazing those lives were. For some, you only imagine that a family archivist wrote down the stories, or had vivid recall to pass them down. For musical artists, one would like to think that their legacy will live on through their music. This is mostly true for Gregg Allman, as his songs – as a solo artist, a songwriter and as a founding member of the Allman Brothers Band – will live on for many lifetimes.

Aside from the songs, he left us a great biography, My Cross to Bear with Alan Light, which was published in 2012. While I usually don’t like to promote a book that’s four years old, this book is different. It reads as so open and honest, and it’s written in such a way that you would swear Mr. Allman was in the same room talking to you directly.

Unlike his peers, who are either dead, retired or living off the past, Allman has a new lease on life, new legs. Well, he did get a new liver a few years ago. In the fall of 2014, the Allman Brothers Band played their final shows. While guitarists Derek Trucks and Warren Haynes left the band to concentrate on their side projects, Allman went back into the studio with Don Was to work on a new solo record, likely due sometime this year.

Gregg Allman’s last solo work was the T Bone Burnett-produced “Low Country Blues” record in 2011. While Allman is not as prolific as he was in the past, he’s patiently enjoying the next steps in his evolving career. Though his current tour was only projected to run through the spring, his health and his excitement with touring led to an expansion of the tour, which now extends through the fall. A special stop in the 405 will occur on May 17, at the brand-new Criterion, 500 E Sheridan in Bricktown.

Allman has had the distinction of being a solo artist and quietly leading the ensemble unit that carried his family name for decades as the Allman Brothers Band. Even though his older brother Duane died in 1971, the ABB would go on to fame and infamy for over 40 years. With his long blond hair and aloof persona, Gregg Allman has also generated the rare distinction of being a visual rock icon. You can show a photograph of him to an average music fan and they will immediately answer “Gregg Allman.”

You will never hear a true music journalist describe the Allman Brothers Band as “Southern rock.” That’s a cheap label that’s used by amateurs. They were a musical hybrid of American musicians, who all happened to be from the South, melding blues, jazz, gospel, rock and soul into something wholly original and un-definable. The “At Fillmore East” version of “In Memory of Elizabeth Reed” is as close to an avant-garde jazz classic as anything by Ornette Coleman, with Duane’s slide guitar replacing the saxophone. Even though they were never a traditional rock band, they deservedly were named to the Rock and Roll Hall of Fame in 1995.

Once always brooding and mysterious, Allman smiles directly at the camera now. He is happy.

“You have to have a real belief in order to deal with life’s challenges,” he wrote in his biography. “My spirituality has allowed me to keep my demons at bay, and the more that happens, the stronger I become.”

It’s refreshing to see a man who is at peace, as if he’s reached Maslow’s hierarchical stage of self-actualization. He has overcome the tragic deaths of his father (murdered), his brother (motorcycle accident) and his bandmate Berry Oakley (motorcycle accident), as well as decades of substance abuse and bad marriages (six marriages total, one of them to Cher!).
Visit criterionokc.com or ticketmaster.com for ticket information. 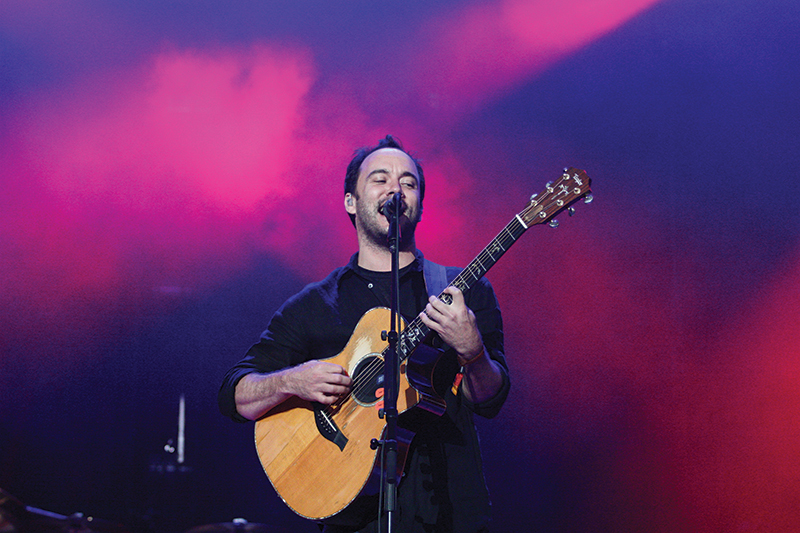 A Long Line at the DMB

How weird is it that on the very same night of a rare appearance by a Gentleman from the South, i.e., Gregg Allman, comes an equally rare appearance from another Southerner, albeit from East of Appalachia: the Dave Matthews Band?

Appearing on the giant arena stage celebrating its 25th anniversary this year, the Dave Matthews Band will perform two full sets at the Chesapeake Energy Arena in the 405 on May 17.

Though not touring to promote a new record, the anniversary tour is slated to run through September. The DMB has played these parts many times before. This time, Mr. Matthews has become an elder statesman on family farm rights and social activism through his work with Farm Aid and his friendship/kinship with Neil Young.

Much like the Allman Brothers Band, the DMB is a multi-racial musical collective that spans several different genres, from jam to jazz to Southern soul. Dave Matthews has such a distinctive vocal style, it has become mostly parodic. Jimmy Fallon does an amazing Dave Matthews impersonation with his hiccupping and high-hey-ho vocal tics.

This will be an epic night with Gregg Allman just a stone’s throw away. Recording is allowed at the DMB concert; in fact, you might even be able to make a mixtape for your prospective mate. Visit chesapeakearena.com for ticket information.