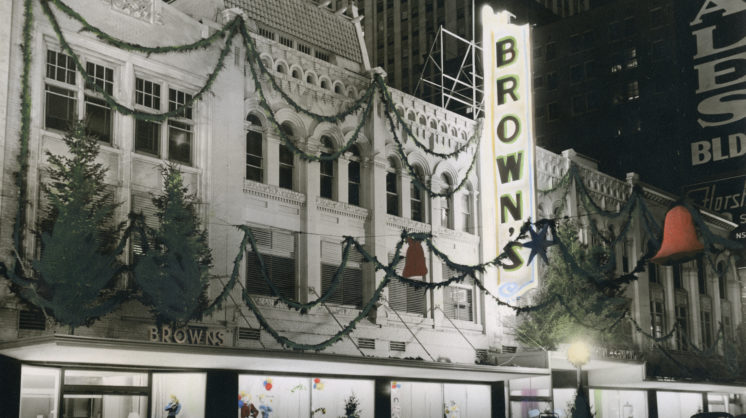 Oklahoma City's legendary John A. Brown Department Store came alive with the sights and sounds of the holiday season every year from Thanksgiving to New Year’s. The downtown location was noted for its lavish windows and elegant Christmas displays. Strings of multi-colored lights and gaily decorated trees helped make the season bright.

In its day, Brown’s was the place to shop. The store was named for John A. Brown, a farm boy who, with his cousin, started the business in Guthrie in the early part of the 20th century. By 1932, Brown bought out his cousin and relocated to Oklahoma City, where the store remained a fixture for decades.

During the chaotic “urban renewal” years of the 1960s and ’70s, many retailers fled from downtown, but Brown’s kept their location on West Main Street. They expanded to other locations including Capitol Hill, Norman and Penn Square, before finally selling to the Dillard’s Corporation in 1984.

Here’s a fond look back at how the John A. Brown Co. appeared during the height of its holiday grandeur.