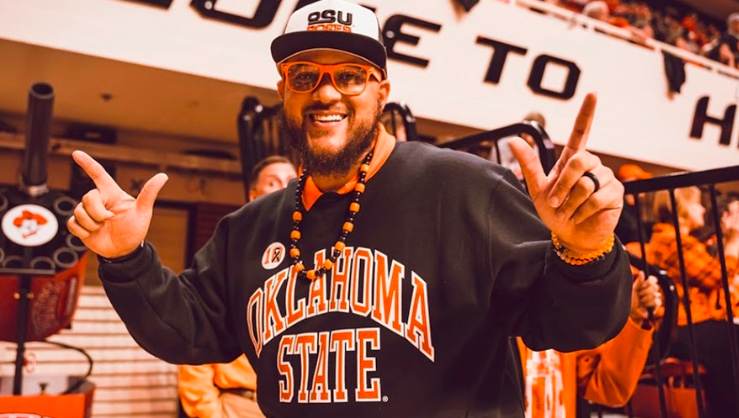 Les Thomas Sr. gets chills every time he recalls his lightbulb moment, more than 7,400 miles away from home, serving at Ali Al Salem Air Base in Kuwait in October 2006. He had just finished rapping an original song, “Growing Pains,” for 500 military peers at an “American Idol”-type talent show.

He knew he would give the performance his all, letting his positive energy shine onstage. He was prepared to be vulnerable, as his lyrics unabashedly tell of a troubled childhood, growing up in a poor neighborhood and learning how to become a responsible father and husband despite the lack of role models. He was ready to share his deeply personal story of hope, but the crowd’s response – a cheering, standing ovation – astonished him.

“At that moment, it hit me: ‘Les, your life is not your own. Your calling is to give people hope,’” Thomas says. After the show, an Air Force commander recruited Thomas to boost community morale, confirming this new direction. “I want to be able to use my life as an example. I’ve had opportunities to lose hope, where I needed to be encouraged, and someone else helped me. It’s imperative that I do the same for others.”

Since 2006, Thomas has discovered abundant opportunities to influence people in positive ways. His most high-profile gig – as the gregarious gameday host at Oklahoma State University basketball and football games – amplifies his reach. Thomas was already intimately connected to OSU sports, serving as an inspirational speaker for the football team from 2014 to 2016. OSU administrators invited him to audition for the host role after they heard his playful “Go Pokes” rap. He was given 24 hours to memorize a script that presented six different scenarios he would need to emcee from various locations in Boone Pickens Stadium. (Spoiler alert: He’s been energizing crowds as OSU gameday host for the past four years.)

“I killed it. I didn’t miss a word,” Thomas remembers. “I challenged myself to learn this script, and God made it where they could not deny me the job, like ‘Les, you’re meant to be here.’”

Helping individuals be their best; this is where Thomas thrives. He posts one-minute inspirational videos on Instagram, @OneMinuteOrLes. He is a motivational speaker for the Family Awareness and Community Teamwork (FACT) gang prevention program with the Oklahoma City Police Department. His latest Christian rap album, “Vertical,” will be released this fall with messages on overcoming racial tensions. He recently launched Hope Culture, a movement and clothing line to raise money for local nonprofits supporting struggling families. 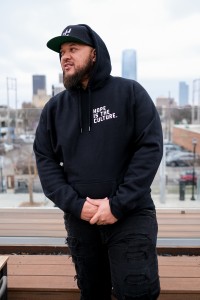 Thomas also is also writing a book, Three Levels of Influence, about the cyclical process of mentoring. He believes strongly in mentoring, as his life trajectory changed when a neighbor began taking interest in his success. Likewise, Thomas has been motivating students in OKC Public Schools for 12 years through Youth for Christ.

“I want everyone who comes into my presence to leave saying, ‘I feel better about whatever I’m facing,’” he says. “I look at all these avenues to increase my platform, so that I have more influence to give hope. A person without hope – that’s how depression, anxiety and suicide happen.”

Thomas charges forward on his life’s mission, with no intention of stopping. 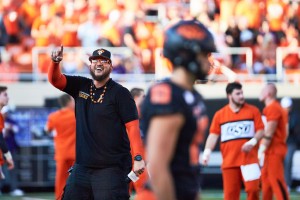 “If I’m climbing up a mountain by myself, and I get to the top by myself, no one is there with me. How much pleasure does that really bring in your life?” Thomas asks. “The pinnacle of your life is when you can look across the mountain and see other people you helped climb up. Then I can high-five and say, ‘We did it.’”