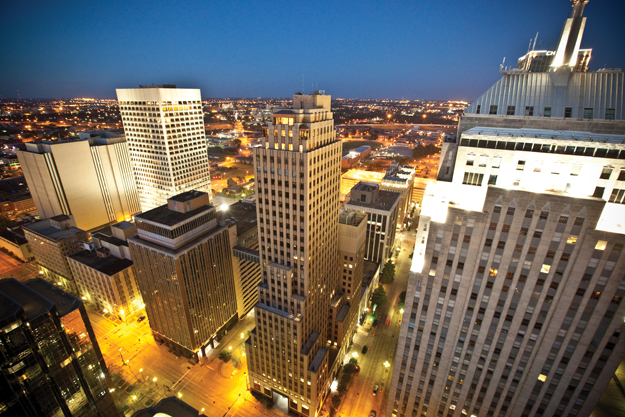 oving.com recently identified Oklahoma City as No. 6 on their list of top metro areas in the nation for young professionals, 18 to 29 years old, based on affordable housing, rental costs, low unemployment, education and entertainment opportunities. Oklahoma City’s Alliance of Emerging Professionals (AEP), however, views the city and central Oklahoma as No. 1 in the nation, and their organization as the “best forum for young professionals to meet each other, experience the city, learn what’s going on and make a difference for tomorrow.”

A group of five young professionals in their mid-20s founded AEP eight years ago. Since then, the organization has grown to include approximately 400 members ranging in age from 18 to 39, driven to “lead by example, champion a cause and cultivate a passion.” AEP’s civic and professional events held throughout the year at diverse venues offer social and networking opportunities for members while providing insight into the city’s business and political leadership. The organization also hosts volunteer and social events, all of which are great places to meet new people.

Darian James, AEP’s current chairperson, has been involved in the organization since its infancy. James was working for the Sheraton Hotel in Tulsa, but was recruited to take a job at the chain’s Oklahoma City hotel in 2005. He made the move, but he didn’t know anyone in his new city. Once he heard about AEP, he quickly became a member.