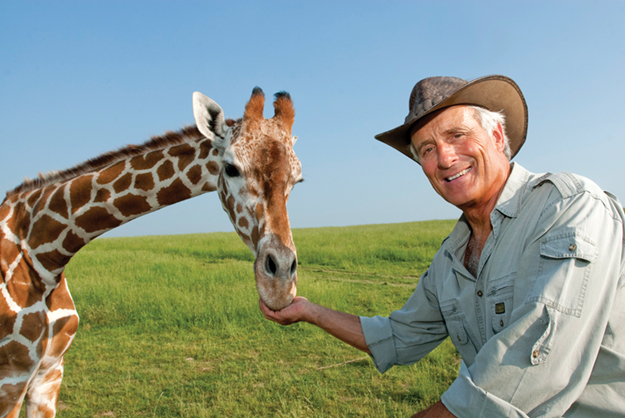 If Someone Were to Write a Novel Based on OKC Town Hall and its history so far, there’s a ready-made title: “Around the World for 80 Years.” The lecture series was inaugurated way back in 1933, and the intervening eight decades have done nothing to derail the organizers’ mission to provide “a forum for nationally recognized speakers who enrich, entertain, stimulate, inform and educate our citizenry.” As it enters its 81st season this month, the series isn’t coasting or intimidated by the weight of its own history; President Carol Kaspereit calls 2013-’14 “one of the most varied and unique assortments of topics that we’ve ever had.” In six installments, listeners can learn about the world’s treasures and gain broader perspective on global issues through the benefit of experts’ expertise – so buckle up, it’s going to be an engrossing ride.

“Rick Steves’ Iran”
The season begins with a return from the Town Hall series’ attendance record-setter and one of the most requested names on its wish list: charismatic travel titan Rick Steves will share insights about what he calls “the most poorly understood, yet fascinating, land” he has ever visited. A proud nation whose antipathy for the American government is plainly palpable, but whose citizens are perfectly happy to chat with Americans, Iran is a land of modern technology and notoriously awful traffic, where ancient customs and religious dogmas have inescapable influences on daily life.

“Jack Hanna’s Into the Wild”
A staple of the talk show circuit for years, zoological enthusiast Hanna is known as the star (the human star, anyway) of the popular TV series “Jack Hanna’s Animal Adventures” and is director emeritus of the Columbus Zoo. And yes, he will be bringing a coterie of critters with him to introduce to his OKC audience.

“Sense of Community: Discovering Our Roots Through Historic Preservation”
Author and researcher Dr. Bob Blackburn, executive director of the Oklahoma Historical Society, will discuss the evolution of the state’s concept of historic preservation and how we present the past, and our present, to the Oklahomans of the future.

“A Visitor’s Guide to an Alien Planet: Washington D.C.”
John Fund is an author and award-winning columnist for The Wall Street Journal and The National Review … and someone who’s spent a great deal of time inside the Beltway, enabling him to share his personal perspective on the intricate interpersonal politics and distinctive culture found in the streets and citadels of the nation’s capital.

“Rum and Revolution: Bacardi and the Long Fight for Cuba”
Before there was a nation named Cuba, there was the Bacardi Rum Company. Author Tom Gjelten describes the interwoven histories of the country and the company, recounting insights from the book that The New York Times called “as smooth and refreshing as a well-made daiquiri.”

“Economic Outlook: The Return to Prosperity”
Stephen Moore is a frequent commentator on the national economy and advocate for supply-side economic policies; his season-ending lecture for Town Hall brings the author of “How Obama is Bankrupting the U.S. Economy” to OKC to discuss a vision for a prosperous fiscal future for America.

All lectures will be held at 10:30 a.m. at St. Luke’s United Methodist Church, 222 N.W. 15th Street. Single event tickets are available for $20 apiece, but season tickets for all of six lectures are only $60 – for more information, including the Luncheon With the Speaker program, call 826.9689 or  visit okctownhall.com.