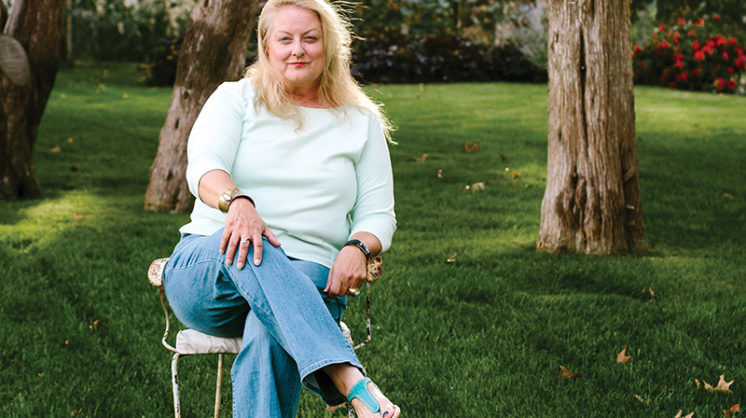 “It’s always about a story, and the story is not always in words.”

Lael Erickson is a storyteller through moving images. The visuals she has created, captured and illuminated throughout her career as a producer, director and editor at Ackerman McQueen have defined Oklahoma – and the world around us – for the past three decades.

“The initial Oklahoma tourism campaign in the early 1990s was one of those extraordinary moments,” she remembers. “People had a negative opinion of Oklahoma that we were dry, flat and dusty. Our job was to change that perception.

“We showed places with lots of water, undulating terrain, cities filled with life. The outdoor beauty was something that people just didn’t know,” she says. “We were able to slowly change people’s perception of the state.”

The campaign increased out-of-state tourism to Oklahoma, driving real dollars into the economy. But it did not just affect outsiders; Oklahomans started noticing the beauty all around them.

The success of the tourism campaign fueled Erickson’s passion for understanding the psychology of images. How does the interplay of visuals, music and words create emotions and drive behavior? What is the effect of one visual versus another?

“Every shoot, be it a commercial, short film, corporate video or documentary, needs to be researched to fully find the psychology of what you want to present,” she says. “The light, color palette and movement should represent the emotion of the piece.”

With thousands of projects under her belt, Erickson’s influence stretches into every business sector. She flew over the Gulf of Mexico to film the first offshore oil rig for Kerr McGee; she helped re-launch Baptist Hospital as Integris; she recently partnered with the Chickasaw Nation to welcome tourists to Adventure Road.

And as executive VP/creative director, she has helped Ackerman McQueen stay on top of the constantly changing technology landscape in film and video. Ackerman was one of the first agencies in America to move to non-linear editing, purchasing one of the first three AVID editing systems, and early adopters of the new generation Canon cameras with film lenses. And now, they are heading into the world of virtual reality.

With more than 50 people in production, from producers to editors to gaffers to grips, Ackerman McQueen now has the biggest in-house production team in the state. It allows them to collaborate more freely, solving problems in pre-production so they are more efficient when they are out on a shoot. This saves clients money … but also requires great leadership. And part of that leadership involves identifying and grooming future leaders to take over when you are gone.

“You have to be able to cultivate the young people who are coming into the business,” says Erickson. “They need careers and livelihoods. We are stewards of these people; we are stewards of our industry. We have to guide and show and nurture. Then we have to let go and turn it over to the next generation of storytellers.”