Testing the Edge of The Flaming Lips’ Peace Sword - 405 Magazine 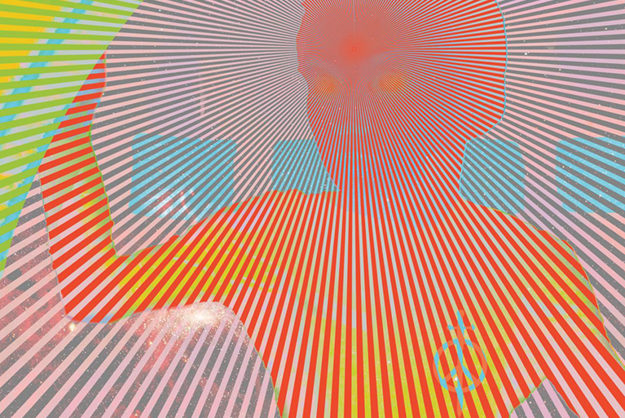 The Irresistible Muse From Beyond the World

One of the more exciting aspects of living creatively is that inspiration can come from anywhere: a memory of a long-ago birthday party, the play of sunlight on leaves, a big-budget sci-fi epic … wait, what? On the heels of their June album “The Terror,” the Flaming Lips, OKC’s musical shunners of the mundane, were an unusual choice to submit a song for the soundtrack to space saga “Ender’s Game” – Steven Drozd told “The Atlantic” that “I don’t know how we were picked” and that the band wasn’t familiar with the book ahead of time. But not only did that song wind up playing over the credits, getting into the film’s narrative groove to write it touched a chord with the Lips, who simply kept going. Their EP “Peace Sword” includes that titular original track plus five others that followed during the creative process; it’s available now digitally and on CD, as well as a limited edition vinyl version (inscribed with a special message to author Orson Scott Card) released November 29.