The Blackberry Is Back - 405 Magazine 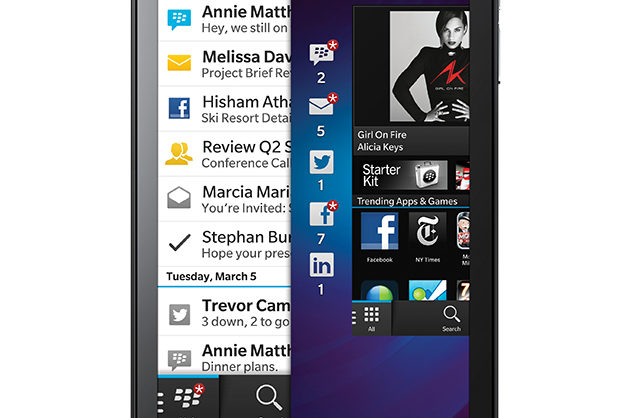 The BlackBerry Z10 is the first of its kind to run the new BlackBerry 10 operating system. This is a true communication device. Built from the ground up to satisfy the needs of the “crackberry” crowds, it combines the best of modern 4G service with the ease of information access we have gotten used to with our iOS and Android systems.

BlackBerry is known for its integration with and native support for Microsoft Exchange, Lotus Domino or Novell GroupWise email calendar, tasks, notes and contacts. When you work in the corporate world, you know how important this integration can be, and BlackBerry does it best. It allows you to work seamlessly from your handheld with the software on your corporate desktop, and allows you to be productive wherever you are. While other devices have a limited integration with some forms of this concept, BlackBerry wrote the book.

Apps are available from Appworld and there are already thousands of apps and downloads for the new operating system. Apps can be downloaded from any wireless carrier that supports the BlackBerry over-the-air software loading service. Over half of mobile developers are now supporting BlackBerry 10 with lots more to come in the future.
The keyboard of old is gone in favor of the modern equivalent touch screen, but the buttons are large and responsive and work quite well for the thumb typers who loved the old QWERTY keyboards.

I also tried out the new Voyager Legend Bluetooth headset from Plantronics. It features smart call routing between Bluetooth devices, great audio, voice commands and caller announce. It also has a feature that notifies you how much talk time and battery life you have left when you connect the device.

I loved the sound and performance with my Windows phone and the battery life is great. I would say my only fault with the Voyager Legend is with the choice to change the charging/USB connection. They are using a magnetic connector instead of the mini USB, which means I can’t use my old cables to charge the Legend like I can my other Plantronics headsets. If you’re new to the brand, this won’t be a problem for you.

The HMDX Jam Bluetooth wireless speaker was another treat for me this month. I was able to listen to my phone via the Bluetooth connection to the small speaker on its built-in battery … pretty good sound from such a small box and the battery life is good. Once again, it can be charged from your computer, and at about 3 inches around and tall, it’s easy to drop in a bag for those times when a larger unit just wouldn’t work.